AUSTRIA'S FATE IS A WARNING TO THE WEST

It's difficult to imagine that only a little more than a century ago, Austria was major world power: economically, militarily, culturally. This is the country that turned out some of the world's best-known philosophers, scientists, writers, musicians, and clerics. Militarily, the Austrians were responsible for pushing back a Moslem takeover of Eastern Europe and ultimately for the independence of Greece and the Balkan States.

Only a few years ago, the Austrians were poised to regain their stature. Before there was Brexit or the rise of Trump, the people of Austria in January 2016 elected Norbert Hofer as Chancellor along with a majority-Conservative Parliament. The Obama Administration, the EU, and other globalist gangs moved quickly; and it wasn't long before Austrian Elites found pretexts for stealing invalidating the Election and installing people more acceptable to these foreign interests. Obama even went so far as to send his sister to Vienna to keep an eye on things, and the country since has degenerated into one of the worst specimens of the Great Reset's new order. In light of recent events in both Britain and the US, we see that Austria was precursor of things to come.

As of this morning, and despite a weekend of mass-protests, Austria is again about to serve as a model for where the West is being taken. Alexander Schallenberg, the leader of the Regime now controlling the Republic, announced the first nationwide lockdown of those who refuse the Loyalty Vaxx. This is about 1/3 of the Austrian population now subject to this discrimination and tyranny. 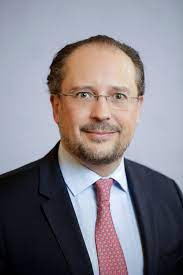 “One cannot leave one's home unless one is going to work, shopping (for essentials), stretching one's legs – namely exactly what we all had to suffer through in 2020," Schallenberg gleefully chortled at a weekend press conference, also announcing heavy fines to imposed on those ignoring his arbitrary dictates. His Masters in Davos are no doubt pleased as well. Schallenberg's father was the former ambassador to Switzerland and a close associate of Klaus Schwab; his mother was an heiress to the UBS Swiss Bank fortune; UBS, incidentally, is currently one of the World Economic Forum's 100 Strategic Partners.

The sad fate of this once-great country should give us all pause for reflection because Austria's present may shortly become our future. The will of the Electorate was overturned and replaced by a Junta---a Junta installed by the same interests who orchestrated the Putsch of November 2020 here. Our own Regime is taking steps in the same direction, by ordering purges of dissidents from any positions of power or responsibility. What's even worse in the United States is that so many of our major Corporations are fully behind the Davos Agenda and are greasing the skids toward Proscription by simply mandating 'policies' within their own spheres of influence.

Let's not deceive ourselves into believing this an aberration. The Cabal running New Zealand admitted in October to have underway "construction of a two-tier society between the vaccinated and unvaccinated." The psychopaths who've seized power in neighboring Australia have hinted that the Concentration Camps they are openly constructing might have future uses beyond medical quarantine purposes. Canada has taken a major step down the same path; recently imposing travel prohibitions on those refusing the Loyalty Vaxx.

Unfortunately, in America, self-deception is deeply embedded in contemporary Conservative psychology. Even at this late stage of our collapse into Totalitarianism, Conservatives still mostly cling to the delusion that the RINOs are coming to the rescue in future elections. Look how well that worked out in Canada, chumps. Another faction believes the even more absurd fantasy that Civil War 2.0 is coming; in spite of the fact that the Regime has the entire Military, armed auxiliaries, most police agencies, foreign mercenaries, and stormtroopers like Antifa and BLM at their disposal. Even if these were realistic possibilities, the numbers aren't there to carry them out. Because the RINOs win one local election in the last four years or a few thousand out of several million resign their positions rather than submit to the Vaxx is no proof of an incoming Red Wave. 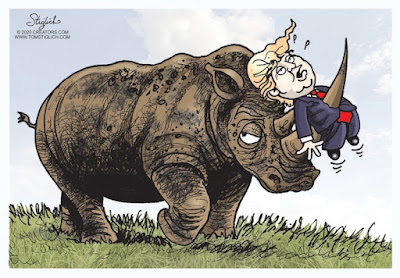 What dissidents the world over need to do is begin to prepare for these two-tiered societies, because the Elites are determined to get them and there's no realistic way that we can stop them at the domestic level anymore. Protests, voting, court challenges, civil resistance---none of these means will accomplish anything because all of them are means to effect changes in a democratic system which no longer exists. We can prepare ourselves best by accepting that reality and building support networks within our communities but outside of the Regime's control. 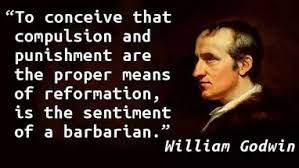