This morning, KBTX-3 gave a press conference announcing that case we've discussed here on many occasions has been given a major update. Officials from the FBI, the Texas Rangers, a DNA testing lab, and a visibly humbled Walker County Sheriff's Department gave a live conference---the first in 41 years---confirming that the 1980 murder victim known as 'Walker County Jane Doe' has been identified. 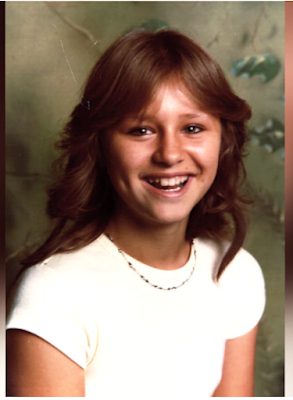 Her name is Sherri Ann Jarvis, born on the 9th of March 1966; and she was from Stillwater, Minnesota. Apparently the reason that the family hadn't released information sooner is because her parents are both deceased and it was a matter of getting her five siblings together to deal with the situation. According to one source, they are in the process of ordering a new headstone, though she will remain at Oakwood Cemetery in Huntsville.

A statement from the family read at the Press Conference said that Sherri "loved children, animals, and horseback riding." She disappeared at the age of 13; though they didn't provide an exact date, it was likely in the Fall of 1979. At the time she left, she'd been placed in a girl's home for Truancy. According to Sherri's brother, Don, "she ran away from home several times and would skip school a lot also. Of the 6 of us kids at home she was the only one doing this. She hung out with the wrong kids at school; that's what started this." Over the years, her parents hired private investigators to locate her and even kept the same phone number in hopes that she would call.

As to why she was in Texas, no one knows at this point---or at least no one has come forward and said. The family has no connections to Texas. The last person to see her alive stated that she was dressed in everyday clothes and the autopsy showed that she had no signs of malnutrition and was well-cared for. There was no mention of narcotics in her system. It's evident that she wasn't living out on the streets.

The last witness said that she asked for directions to Ellis Unit of the Huntsville Prison System (located on SR-980). The FBI official stated at the Press Conference that an exhaustive check of former inmates there came up with nothing. Also, I've been informed by people around Huntsville that 980 is heavily patrolled; indicating that she never got that far. I've always believed---and still do---that the crime took place inside Huntsville somewhere. The facts around the murder invariably point back to somebody knowing, but not saying anything.

One of the officials at the press conference (the Texas Ranger IIRC), said that the murder was compared to other crimes. Just a hypothesis, but it sounds as though they may suspect a serial killer.

Another possibility is that this may have been the work of a Satanic Cult---and there lots of those in that the part of the country. Halloween Night is a high ritual night to these fools; typically they offer an animal sacrifice, but human ones aren't unheard-of. Supposedly a human sacrifice increases their powers, or whatever. Sherri's body was found around 6 A.M. on November 1st; the Coroner estimated that she'd been dead about three hours. 3 A.M. is the hour in which these hideous rituals are usually consummated, and ligature strangulation is the most common way they dispatch their victims. A few years ago, the FBI published a manual on Satanic Cults which states that on the 31st, "Attempts are made to break to the bonds holding the closed door to the Underworld, they are marked by letting of blood (i.e. such as could be occasioned by biting) and sexual association with demons. (hence the use of a blunt object in a sexual assault). This carries into November 1st, 'The High Unholy Day' when human sacrifice is [often] carried out."

We'll probably have more to say of these matters later as more information comes out. For now, though we'll thank everyone who helped give WCJD her name back and bring this case to a conclusion against some very formidable obstacles. 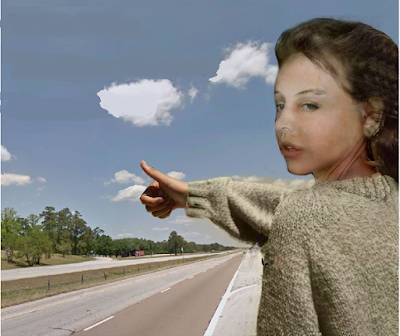