Thanksgiving is tomorrow, as we all know. In the spirit of White Boy Summer (now going into extra innings, so to speak) I went on a turkey hunt this week. No luck, but it's going to be ham tomorrow and anyone is invited as long as they don't wear a Mask in my home. For the second straight year, the Revolutionaries are trying to cancel both Thanksgiving and Christmas, as part of their program to instill new national holidays. Last year they employed fake lockdowns, this year, they're employing fake shortages and engineered price inflation. Just to spite these scum, I'm going to share the recipe for a delicious high-calorie glazed ham:

2 c. of Root Beer (note: try to use root beers made with real sugar, it works better)

Combine last four ingredients and simmer over medium heat until reduced by half. Then score the fat layer of the ham and place in a baking dish. Baste with 1/4 of the glaze, then cover and bake at 325F. Every 15 minutes, baste again with one 1/4 of the ham glaze. When the glaze is finished, baste one more time with the pan drippings (abt. 1 hour total cooking time). Let cool and slice up. 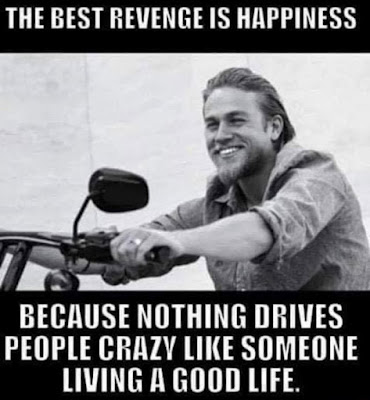 Now that we're one year in since the Putsch of 2020, most Ameroboobs still want to live in a state of Denial that a Color Revolution and Regime Change has actually taken place. This week was full of real turkeys, as the great Bill Cosby referred to chumps and this country is full of them. Just a reminder to invite your actual friends to these upcoming celebrations and let the boobs wallow in their gloom somewhere else. Here's a specimen of the week's biggest bozos:

1. Virginia Republicans: who, only a few weeks after duping themselves into believing that elections still make a difference are frustrated because they voted into office people whose only qualification was having an 'R' after their name. After caving in immediately on Educational Reform, and the Loyalty Vaxx Mandate, the harbingers of the upcoming Great Red Wave appointed Radical Left-Wing activists to their Transition Team. Now if any of these GOP voters had bothered to do even an hour's research on Glenn Youngkin before blindly rushing out to support him, they would have seen that he never was anything but a RINO. Virginia's fate is a sad reminder that the Left has no monopoly on NPCs. 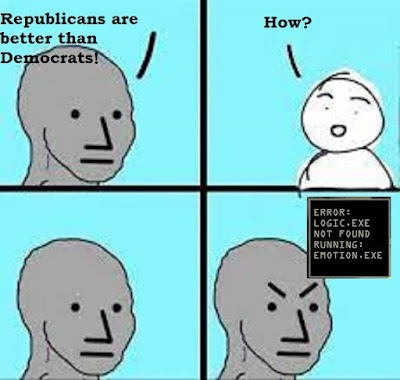 2. Google/Alphabet Employees: After years of promoting fake news, online censorship, and all the rest of Alphabet's shady dealings and promotion of the Great Reset, 'hundreds' of Google employees are outraged to learn that the Regime's policies also apply to them. Incidentally, they're all about to learn that they are expendable too. "While a US federal mandate for employers is currently tied up in litigation, Google has taken President Joe Biden’s advice on board and is implementing the requirement anyway. The company asked over 150,000 employees in the US to upload their vaccination status to an internal system by December 3, while any medical or religious exemptions must be filed earlier." Their fate is a sad reminder that attitudes of "go-along-to-get-along" and "I got mine, sux to be you!" come back to bite in the end.

3. The City of New York: another group whom many on the Right saw indications of a Red Wave following the last election, kicked off their new order by tearing down a statue of Thomas Jefferson. Granted, Thomas Jefferson would probably be ashamed to be seen anywhere near NYC governmental offices of today; but the symbolism of the act is quite telling. Politicians of the past liked to compare themselves to Jefferson however far they were from his ideals in actual practice. Today, political leaders are more overt about displaying their hatred for self-government and human rights.

New York has never quite recovered from the administration of Republican mayor and WEF/Great Reset supporter, Michael Bloomberg. Bloomberg is still running the city, regardless of what anyone believes; the same way that Bill Gates actually runs Seattle and Portland; or Google runs San Francisco. 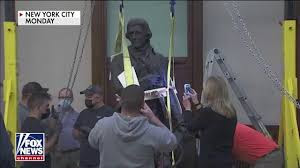 4. Catholic University of America: As part of the Church's ongoing efforts to recruit Christians into the Great Reset and drive Catholics to Sedevacantism, CUA has decided that the late lamented George Floyd is not only worthy of martyrdom, but veneration as a saint, if not a new messiah. To underscore this point, they are now displaying a portrait of the deceased career criminal and his baby-momma depicted as Christ and the Virgin Mary, respectively. Below this abominable portrait is a plaque which reads: "Following the violent death of George Floyd on May 25th, 2020, Lattimore created this icon in June of that year. The image is evocative of the 'Mother of Sorrows.' May Mary, the Mirror of Justice, hear the cry of all who have known the sorrow of losing a loved one to violence and injustice." Apparently the State of Minnesota and thousands of gullible dupes heard the cry; Floyd's family---most of whom were probably delighted that the old bastard was dead---reaped millions of dollars off the whole scam. Not much sympathy from the Church for wrongfully convicted Derrick Chauvin, however, who was bankrupted, disgraced, and thrown into a dungeon for 10 years.

It's quite telling that one report of this story had this to say: “There are many students, faculty, and staff who are concerned about this, but there is nothing we can do,” added the student, who asked to remain anonymous out of fear of reprisal from the university administration. “And if we sound the alarm, we will be labeled racists.” See the note after point 2. If you stay in this environment, you're "only feeding the crocodile hoping you'll be eaten last." Fear of reprisals is a huge red flag that you're in the wrong place. 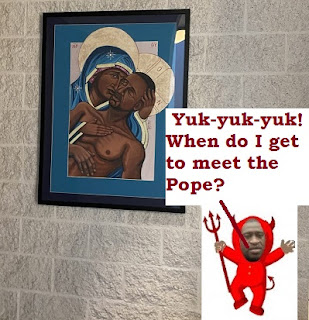 5. The Junta: The last and worst-tasting turkey of them all came out this week to remind us that the Orange Man is still bad and that the economic recovery and energy independence we had just two years ago was rejected soundly by Ameroboobs upset over mean Tweets in favor of concentrating wealth and power in the hands of WEF Oligarchs. And Junta also reminded us that these 'shortages' and inflation are actually good things, a 'New Normal,' and that the rest of the world is struggling too. This is in spite of the fact that China is experiencing no import problems whatsoever; in fact, the first rail-line in the Great Silk Road Project recently logged its 8000th trip. Trump had a plan to build a similar system in the US, but RINOs Paul Ryan and Mitch McConnell blocked funding for the project. As for fuel shortages, Russia and Iran both are producing record surpluses; but the Regime has chosen to embargo those two nations. 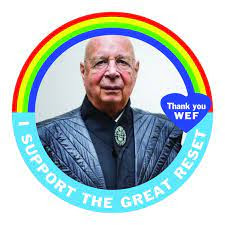 The great thing about our remaining Holiday Season is that we get time to enjoy ourselves and be away from idiots like these. A year from now may be altogether a different story; but part of building Parallel Communities is defying these rats and keeping our traditional celebrations alive in spite of their efforts. The last two years have really separated the metaphorical sheep from the goats, and we need to work with our own and disregard the others. We're really past the point in our history when we were thinking that winning through the system or converting others to our point of view was a viable strategy. We have to save ourselves now, and that's simply the reality of the situation.

In the meantime, I'm enjoying some hunting, snowmobiling, and some good dinners. 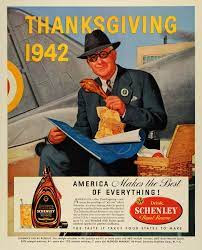