Thanksgiving festivities went off fairly well in these parts. Media bogeymen and the the Thought Police didn't derail a fun dinner, some vintage movies, and other general non-PC mayhem though the bad weather did cause an informal football game among us to be cancelled. Maybe we're getting a little older after all? Not. 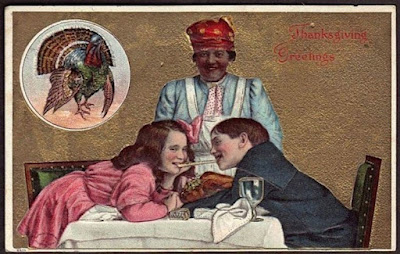 Unfortunately, the Elites were apparently working over the holiday: not surprising since Thanksgiving is a day they'd like to strike from our calendars. Friday morning, most of us awoke to the news that some new global pandemic was supposedly fanning across the planet; just coincidentally after Bill Gates had warned of bioterror attacks at COP26 only a few days before. Statistics aren't in yet; but between so-called Black Friday and Ameroboob panic-buying, no doubt the Corporate Elites reaped another massive windfall. This new "super-virus" was dubbed COVID-21 by the Great Reset stooge running Belgium; but the medical hirelings in their employ decided to call it the Omicron Strain instead. That may have been a poor choice, since more than a few commenters have noted that Omicron is an anagram of moronic. Given the postmodern English-speaking world's low functional literacy rates and its proclivity to mass-hysteria, however, that oversight probably won't make a difference.

With 2021 winding down, a new Scamdemic, mass-layoffs, fake shortages and price inflation are shaping up to look like 2022 is going to be a very tough year. In the US, the Elites are still in the process of consolidating their power, but they've made a lot of progress. Americans, for the most part, are still clinging to the delusion that we're somehow going back to normal in spite of repeated statements from the Regime that we are not.

Blogger Insanity Bytes had a good article up yesterday on the subject of Parallel Economy, which is also an idea we've been promoting here. The term was coined by Czechoslovakian dissident Vaclav Havel during the mid-20th Century. Essentially, it's what the Left used to call a counterculture; people who have come together to operate as best they can outside of the mainstream. This is really the best option here in the US right now.

Many people believe---and not without good reason---that we're facing a future where dissidents will find themselves in Concentration Camps. That's already underway in Canada and Australia and will probably happen here to some extent. But that tactic is probably going to be employed against a few whom the Regime wishes to hold up as examples to instill fear in their subjects. Remember that the Oligarchs behind the Great Reset are all big believers in efficiency. The Second World War demonstrated that mass-incarcerations and executions put a tremendous strain on resources. The model that more scientific totalitarians strive for doesn't require 100% compliance: it only requires a supermajority of support while the minority is simply locked out of social, political, and economic participation. The New Model is based on the concept of so-called Smart Cities---which are essentially Concentration Camps, but ones in which people throw themselves in voluntarily. As one of the advocates for the program remarked, "a key enabler of sustainable smart cities is that all participants in the complex ecosystem share information and combine it with contextual data analyzed in real-time." 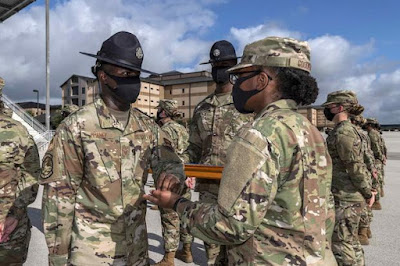 None of the traditional ways of resistance are going to work at this point, because the infrastructure to support them no longer exists. Elections, relocating, armed resistance, etc. are futile options. Elections will not succeed: that ought to be obvious in the wake of three consecutive stolen election cycles: and Virginia is a prime example that any further voter activism will result in nothing but Collaborationist Governments. The President-in-Exile is not going to come back, whether he believes he can or not; and none of his younger followers are going to be allowed anywhere near a nomination.
Relocating may be a necessity in some circumstances, but it's not really a good option any longer. For one thing, the Regime is making travel increasingly difficult, and the areas to where one might flee are becoming increasingly restricted. There's no guarantee either that certain States which may look 'free' now will remain that way. The Governments of Texas and Florida, for example, are even more under the Bush Family's thumb than Virginia and they could turn easily. The other argument against relocating is that one has to rebuild his support networks in a new area---which will consume time and resources better spent building in one's existing community.
So-called 'Civil War 2.0'---the fantasy of most of the 'Red Pilled' types will also not happen anytime soon. Dissidents against this Regime have no established leadership (despite the Red Pills volunteering themselves for that position). We're also outnumbered, outgunned, underfinanced, and not organized. Currently, the State, the Economic Oligarchs, the Schools, the Media, the Courts, the Churches, and the Military are nearly 100% behind the Great Reset. Not to mention that well over half (probably closer to 4/5) of the American public is also either behind it or at least willing to submit to it. Che Guevara himself admitted that there's no possibility of a successful insurgency anywhere without popular support---and we don't have it.
Above all, don't fall for another lie being circulated by many on the Right: namely that the best strategy is"going along to get along" while looking for opportunities to beat the system. That attitude among Conservatives is responsible more than any other cause for bringing us to the place we are now. If we'd taken a stand against the Clintons in the 1990s and rejected the slimy Bushmen---instead of trying to look for angles and profit margins---none of this would have happened. It didn't work then and it won't work now. We saw throughout the whole Deep State Era that every compromise led to the Elites taking more for themselves and leaving everybody else with less.
There is really no 'blueprint' for building Parallel Societies. They really operate more in a spirit: a belief in Human Rights and Human Dignity and a willingness to do something to put those beliefs into practice for a change. 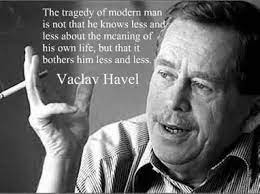