WHY THE WOKE MILITARY

Despite decades of the Pentagon's policy of deconstructing masculinity, forcing out real soldiers, incorporating the Gay Mafia, lowering recruiting standards, and outsourcing military contracts to WEF-connected organizations, many Conservatives recently noticed that the Military has been taken over by Deep State ideologues. Characters like General Milley have been running the Pentagon and setting their policies for decades, by suddenly there's plenty of fake outrage about because---just like our failing schools---nobody knew they were being corrupted. 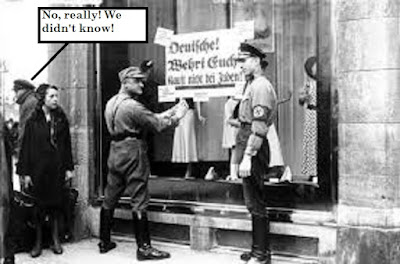 The current controversy centers on the Junta's Defense Minister, Lloyd Austin---whose last actual military assignment was preparing for the orderly withdrawal from Afghanistan. Despite the fact that all but two Republican Senators voted for Austin's confirmation, Austin is facing some ineffectual political blustering harsh criticism for mandating the Loyalty Vaxx be taken by all military personnel.

So far, only the Oklahoma National Guard has shown much resistance. Austin brushed off their protests stating that "unvaccinated state National Guard members will see a withdrawal of federal funding for “payment of duties” to those who refuse the vaccine...no credit or excused absence shall be afforded to members who do not participate [in] drills, training, or other duty due to failure to be fully vaccinated against COVID-19.”

Currently 92% of our brave men, women, and xhes in uniform have submitted to the Loyalty Vaxx. This number shouldn't be surprising given the Military's recent history of submission to some of the most humiliating treatments that fiendish Leftist activist minds could devise. 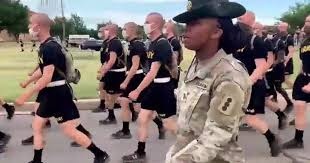 Now many are wondering why the Regime would be 'weakening' our Military. The fact is that they are not weakening the military, they are repurposing it. Defunding the local police and encouraging lawlessness is the first step in the new paradigm, purging the military is the second. In other words, the transformation is deliberate to make our military a tool of domestic enforcement. They can still provide technical support and hire foreign mercenaries for their international conquests. The military's future mission will be to replace the police and enforce the Great Reset.

The reason that most Conservatives don't see this obvious linear progression is because so many are still in denial that a Color Revolution---many years in preparation---has already occurred. They still insist on clinging to the delusion that Elections or Court Decisions are going to save us; or despite all evidence to the contrary, that those in uniform will stand true to their Oaths "to uphold and defend the Constitution." The Elites are already moving into Phase II of the Great Reset and creating a national paramilitary enforcement squad is part of the long-term goal.

If anyone doubts this, consider that some countries even deeper down the Great Reset's path are already employing military forces this way. The French Government yesterday deployed troops to Martinique to enforce the Loyalty Vaxx. The brutal and fascistic Australian Regime has been using military personnel to enforce curfews against its own citizens. The Canadian Military recently was caught using its resources to promulgate Scamdemic Propaganda.

The Elites were experimenting with deploying military technologies on civilian populations before the 2020 Putsch. The Clinton-Bush years saw dramatic blurring of the lines between military and police functions. The Drug War and the War on Terror were the preliminary steps to the COVID Crisis which is completing the transition to a fully-militarized Police State. 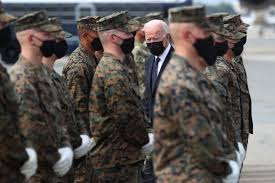 But trying to explain any of this to the average Ameroboob is as futile now as it was during any of the earlier 'crises.' What we need to do is be aware of the growing threat and understand that this is the future of 'policing' in the US. The Military is going to become the enforcement arm of the Security Forces which are being erected upon the carcasses of Federal Police agencies like the FBI.  The Parallel Societies which we hope to create will need to be armed with this knowledge to avoid legal issues with the Regime. Above all, we must fight the temptation to follow others in their denial of the reality of the situation.