Opinion polls in the United States are something I've learned to disregard, along with things like political campaign promises. For example, witness how many polls show that Americans have the lowest trust in the Media of any developed country. Yet, the American Media leads the American people around by the nose with relative ease. They sell the most absurd ideas as easily as they sell consumer goods. Elections reflect the will of the people. A flu outbreak is a global health crisis. Mandatory masks work. Weather changes portend global catastrophe. Systemic racism exists. Countries smaller than most U.S. States pose threats to world peace. Abortion is a safe medical procedure. Outsourcing and Inflation are sound economics. There's not a shred of evidence to support any of these claims, but that doesn't stop Americans from flying into hysterical outbursts and surrendering their freedoms and culture at the drop of a hat. Act first and think later is the new American Way.

The Whacko Left Wing ridicules people who religious faith as credulous; yet they're usually the first to latch on to anything hired academics and corporate propagandists tell them is Settled Science. It doesn't matter if what these hirelings say contradicts decades of actual science or not. There's no debate in Academia any more; science is simply a consensus and anyone who questions the official narrative faces consequences from social and economic ostracism to imprisonment if their reason or conscience tells them otherwise. A prime of example of this phenomenon began during Obama's 2nd term with the push towards homosexual 'equality.' Decades of progress in Biology, Medicine, and Psychology were simply nullified by Judicial Fiat and no one today is allowed to question any of it.

It was well-established prior to 2014 that homosexuality contains within its very nature a proclivity towards violence. Crime statistics on this subject apparently haven't been collected since this time. Older statistics show that this particular demographic has murder, rape, and assault numbers far higher than the so-called "binary population." Serial killers and mass-murderers too seem to represent diversity in this occupation as well. But, like the so-called AIDS Epidemic, homosexual criminality disappeared from public view in the name of Political Correctness.

Human nature doesn't change, however. About a year ago, Oregon State Police recovered the remains of a Jane Doe stuffed in a duffel bag and thrown into a garbage dump at rest area in a state park. The girl was recently identified as 9-year old Haley Coblentz, who had not been reported missing. As it turns out, Haley lived in a very progressive household with her two moms: Shawna Browning and Lauren Harrison. These two Representatives of the Rainbow Way had since relocated to Michigan where they were captured by the FBI and are awaiting extradition to Oregon. 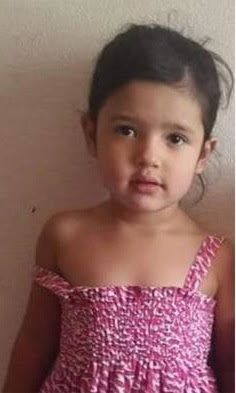 According to an interview with Haley's biological father, Shawna Browning was pregnant with Haley at the time she became involved in a Lesbian relationship with Lauren Harrison. They stole his truck, his money, and possessions and embarked on a road trip a la Thelma and Louise before turning up in Oregon. Haley was never enrolled in school and her two moms spent much time on the streets panhandling and otherwise sponging off society. Such is the glamorous, high-rolling lifestyle that Hollywood depicts of the LGBTQ Community. 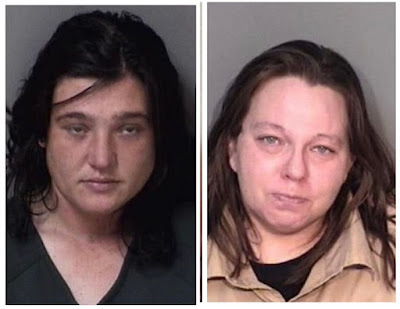 When the high violent crime rate among homosexuals is permitted to be discussed these days, the Whacko Left always falls back on their default excuse that these people are somehow victims themselves of 'institutional discrimination.' What they really mean by that is that this demographic has a long history of violating the laws of Civilized Nations and were routinely punished for it. According to them, not punishing them would lead to less crime and violence---which is like arguing that drug addicts' behavior would change if they had free access to more narcotics. What they overlook is the fact they are talking about a pathology and not a mere lifestyle choice.

Homosexuality pathologically involves strong elements of Sexual Neurosis with Obsessive-Compulsive Disorder. A lot of modern confusion about this has come about because of Media lumping in Transgenderism with the Gay Agenda. In homosexuality, the sexual dysfunction predominates with OCD as a secondary characteristic while in Transgenderism, OCD predominates. This is why transgenderism was much easier to cure through psychoanalysis, because it is a less-deeply rooted problem. Now that all of this has been in nomine solum 'legalized', it is also the reason why the rates of suicide and depression have skyrocketed among transgenders. Transgenderism is based on impulse and impulses typically cannot typically be sustained indefinitely.

Before there was a semi-official blackout of scientific research on the subject, all medical and psychiatric experts understood the pathology behind homosexuality, though not all agreed on its causes or treatments. A symposium of psychiatrists held during the 1960s found that fear of the opposite sex was present in 75% of homosexual patients compared to around half of heterosexual ones and around half of them also reported "rage" as a typical reaction to stressful situations. All of this denotes a strong indication to emotional immaturity---a fact not lost on social scientists of the day.

"The homosexual has never learned to bond in a healthy way with the opposite sex, and consequently fails to bond with society as a whole," wrote Erich Fromm. Wilhelm Stekel explained that homosexuals fall into "psychosexual infantilism; they attempt to gratify the erotic cravings of their childhood or infancy. Many of them have never been psychologically weaned from their mother's breast." And Clara Thompson: "A very important determining in the development of homosexuality is the child's awareness that his sex was a disappointment to his parents, or the most important parent, especially if their disappointment leads them to treat the child as though he were of the opposite sex." It is absolutely no wonder therefore that our Culture's demasculinization and the rise of single motherhood is leading to the astounding rates of sexual aberrations among the young. We can blame Hollywood all we want to: but the reality is that the problem starts in the home.

Frank Caprio expounded on this in further detail. "If the sexual instinct, or libido, reaches its highest goal of development---namely, heterosexuality---then that individual may be regarded as normal. However, if for various psychological reasons, the sexual instinct fails to achieve maturity then the person is more apt to seek the kind of sexual gratification in keeping with his immature sexual development. It is for this reason that the majority of psychiatrists are in agreement that homosexuals are, for the most part, sexually inadequate, neurotic children at heart, love-starved and frustrated. They are inclined to fear the opposite sex. They are considered abnormal only in the sense that their sexual behavior represents a regression into childhood; an escape from the biological responsibilities assumed by one who is heterosexual. They are narcissistic insofar as their own pleasures come first, irrespective of what others think about their conduct. Many of them have no scruples about seducing adolescents whose lives may be seriously influenced by a single homosexual experience."

And from this standpoint, we can see why crime and violence---especially against children and legal minors---are so deeply prevalent among this demographic. It also ought to show us why allowing their access to children and young adults is an extremely dangerous policy. As Freud observed early on, children normally go through a phase, the Latency Period, where homosociality is normal. Younger people in their early teens are still gaining sexual experience and forming attitudes and exposing them to perversions---carried out by perverts on their same emotional levels can do serious damage. The narcissism and lack of empathy which Caprio describes is characteristic of most violent criminals in general. Sensible laws like those still enforced in Russia were normative in the United States once: and there today as well as here then these types of crimes are rare.

But try and explain any of this average Ameroboob and you either get a blank stare, or a torrent of insults copypasted into their vocabularies by the Mainstream Media. Our steadfast refusal to accept Reality is costing younger generations both their mental health and, in some cases, their lives. 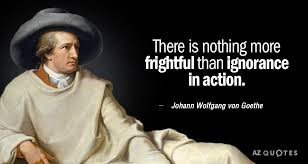