2021 has been a year of show-trials, just as 2020 was characterized by fake elections. Both Elections and Trials today serve the same purpose: to distract public attention and give the illusion of Self-Government and Justice. A year which began with a Bush-appointed Supreme Court Judge ended when another Bush-appointed Judge upheld the 'legality' of ordering the Loyalty Vaxx. These judicial farces were calculated to solidify the Junta's tightening grip on the population.

But there were also a series of other trials designed to establish Political Correctness as the New Normal. It's hardly necessary to summarize them again. The illegal trial and conviction of Derrick Chauvin set the precedent for what is to follow. So the year has concluded with the political show-trial of Ghislaine Maxwell, the chosen scapegoat and human sacrifice of the Epstein Affair. She was found 'guilty' of course; though no charges were ever brought against the prison guards' during whose watch Epstein's alleged 'suicide' occurred. And the Junta swiftly suppressed the Trump Administration's investigation into the matter.

So far, Norwegian blogger Eivind Berge has written the most sensible---if somewhat blunt---commentary on the Ghislaine Maxwell 'trial.' I don't go quite as far as Berge does in considering Epstein a hero---I think that the facts show that Epstein was a willing participant in the Paedohysteria which Berge justly condemns; and that Epstein freely employed it to blackmail powerful people in furtherance of the Deep State/NWO Agenda. Whichever position one takes however doesn't change the fact that from beginning to end this entire 'scandal' was designed to enshrine Paedohysteria as settled science and enforce it with the power of Law.

We've mentioned before that the Regime pointedly picks certain dates to make political and social statements, and the fact that this 'verdict' happened during the Christmas Season wasn't accidental. Our Church has it on ancient testimony that Mary became the Mother of Christ shortly after her 14th birthday; and of course all major Western religions practice some form of Confirmation---that is, acceptance into the Faith as a responsible adult---around the time of puberty. To an Agenda with paid Academics who deny any biological or psychological (let alone theological or philosophical) basis in gender, this is a belief which must be suppressed at all costs. 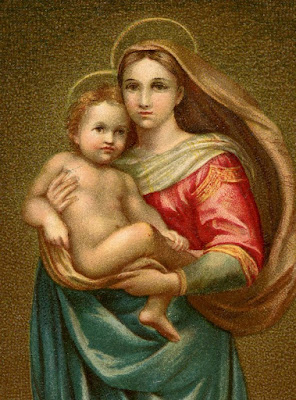 Postmodern Academia aside, the facts are that biological adulthood begins in one's early teens, and so does psychological adulthood. This latter fact is proven beyond any reasonable doubt. Jean Piaget, Maria Montessori, Alfred Adler, Erik Eriksen, and others have done exhaustive studies demonstrating that around the age of 12 years, the human mind becomes capable of abstract reasoning. People at these early ages may lack the experience to make informed choices, but they do not lack the ability to do so; and these so-called 'Magic Numbers' denoting the Age of Majority are just that: magical thinking. They are nothing but legal fictions; and if anyone wishes to argue that teenagers are incapable of taking on adult responsibilities, that speaks more to the defective education of young people today than to their actual abilities. In my own family tree, I had a great-grandfather who was running a successful farm at 17 years old; another who immigrated to America and established himself at 16; a great-grandmother who married at 15 and raised a large brood of children---none of whom became delinquents. It's been done before, and could still be done, if we still had a society that thought before it acted.

What about the morality of what Ghislaine Maxwell offered these young women to do? Think about this for a moment. Where were all of the Churches or social services offering them an alternative? "But these young women were vulnerable." Vulnerable because Society failed them. They were offered a high lifestyle among powerful people on a tropical island---how many would choose that over being turned over to the tender mercies of so-called 'Child Protective Services' or the so-called 'Juvenile Justice System?' Whatever 'exploitation' they allegedly experienced on Epstein Island was probably mild compared to the abuse that our social workers, courts, and public schools regularly inflict. Thanks also to our 'laws', more legitimate opportunities like marriage or employment were completely closed to them. Those who believe there was some 'justice' in the Ghislaine Maxwell verdict should come forward and explain to us exactly how these young victims would have been better off; or what exactly this verdict actually accomplished.

The fact is that convicting Ghislaine Maxwell didn't accomplish anything except Virtue-Signalling and Scapegoating. Hypocritical Society will go on with its Drag Queen Story Hours, its Pride Parades, and other homosexual grooming of children and the young while driving its jackboot into the throats of anyone who dares question that settled science or defies the social dogma that is postmodern paedohysteria. And it will also go forward churning out generations of sexually dysphoric neurotics and the future social price that we will pay for this is going to be a heavy one. 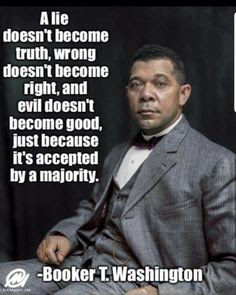