IS NATO BEING SET UP TO FAIL?

The situation in Europe right now is becoming increasingly desperate. A few years ago, Soros-backed interests bribed leaders of the European Union to take in more refugees from Africa and Asia than those countries could reasonably care for. Then came the Scamdemic which economically crippled the region. The presidents of several EU countries responded with brutal and inhumane "emergency measures" which have only intensified. The populations of the Netherlands, Austria, Denmark, and Greece are on the verge of open revolt, which---if that were to happen---would likely spill over into France, Spain, and Italy where the NWO despots are thoroughly hated. Rigged elections in Norway and Germany have led to the installation of de facto permanent Leftist regimes.

Toward the end of this year, NATO countries---mostly the US, Canada, and Britain have been doing their best to push Europe into armed conflict with Russia. There's even considerable reckless talk from Western politicians and pundits about Atomic weapons being deployed. Germany and several other countries have suspended gas purchases from Russia and purchased more American and Canadian shipments despite the higher cost to their already burdened populations. 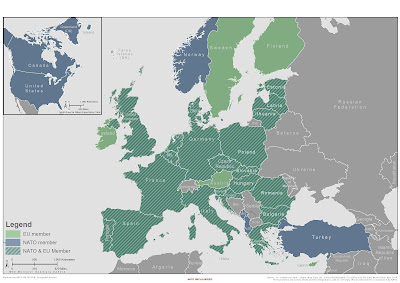 The current crisis has come about because of continual lying from Western Oligarchies which promised not to expand NATO eastward. As can be seen from the map, the promises have been routinely broken. A turning point came late in Obama's term when a Color Revolution in Ukraine split the country. Crimea was annexed to Russia and the Russians have been giving aid to the Freedom Fighters who've established a breakaway region in East Ukraine. The Elites have attempted two Color Revolutions in Belarus which have failed. The NWO Regime is pushing NATO to expand to include Sweden, Finland, and West Ukraine, which would give the NATO Bloc an almost solid militarized line on the Western Russian Border.

The Russian Government has drawn a sharp line in the sand concerning these proposals; and we shouldn't forget that they are not adverse to backing up their demands. In 2007 they drove Bush's and Soros' henchmen out of Georgia; they humiliated Obama in Syria---and then a year later foiled the Oligarchs' hegemonic plans in Ukraine. Ukraine is an especially dangerous position right now. The Revolutionaries who took over that country are complete maniacs who believe that Crimea and East Ukraine should be taken back by force. They actually believe that Ukraine will emerge as a superpower if WW3 breaks out. It's obvious that these people are mentally unstable and could easily plunge Europe into the kinds of bloodbaths that spread across the continent during the first half of the 20th Century. 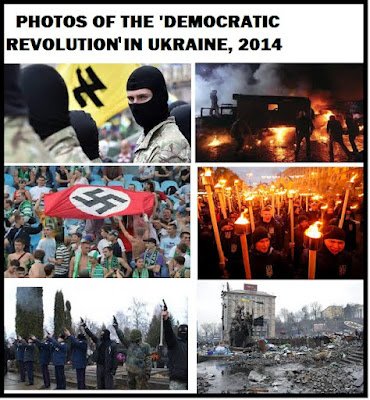 It should be obvious that NATO is not going to win a ground war in Europe against the Russian Army. The Governments and populations of several countries are more pro-Russian than they are pro-NATO. Most NATO member states in Europe have antagonized their populations to the point where they will get little support---plus they are teeming with refugees who can't be relied upon. Public support for another World War in Europe is miniscule to say the least. So why is this happening?

The answer probably lies in an event mostly ignored by the Western MSM. Shortly after the Junta's sudden surrender withdrawal from Afghanistan, Biden, Harris, Pelosi, Austin, and an assortment of other top-level goons met in London with the British Royal Family and the thugs running Australia to agree to a new defense treaty known as AUKUS. This meeting was characterized by Australia scrapping a submarine deal with France in favor of American hardware---as well as some colorful statements by Nancy Pelosi expounding enthusiastically upon the theories of Klaus Schwab, AUKUS should have sent a signal to NATO and the EU that the New World Order doesn't really much room in it for Europe. A war and a massive NATO defeat would bankrupt Europe and throw the continent into chaos---it would also eliminate a lot of competition for British and North American interests. And it would create another 'State of Emergency' here at home; while draining Russia---the NWO's other enemy---of resources. 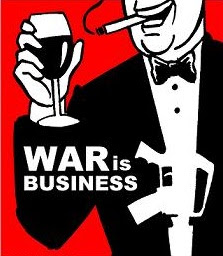 It's also quite noteworthy that a number of European firms in the WEF are headquartered in Switzerland---which is not a NATO member. These Corporations who now run the governments of the English-speaking world like efficiency. A union of the English-speaking world is far more efficient than trying to support cross-cultural economies, and continental Europe is a good start for their depopulation schemes. True, Switzerland is not an English-speaking country, but it's a natural fortress from which the Elites can manage their colonies easily. AUKUS is the new 'Big Three' with other smaller satellites like Canada, New Zealand, and Israel begging for a slice of the confederation.
In short, NATO and the European Union in general have become expendable. The US, Canada, and Britain are NATO members willing to sacrifice the organization to build a new union excluding the others. At this point, even if NATO backs down to Russia, the Elites can use the excuse of 'NATO weakness' to lobby for its dissolution. 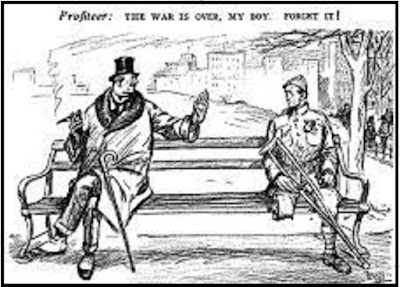 Hopefully, the people of Europe see that they are not only being used for the gain of foreign interests; they are considered by these Corporate interests to be only another unprofitable subsidiary (like Afghanistan) and discarded. Here in the United States, we let them get away with this during the 1990s when we watched American workers sacrificed for outsourcing; this trend has grown into sacrificing entire countries as Economic Imperialism expanded. Now they're on to discarding whole economic zones in their quest for world power. French President Emmanuel Macron, whose government was shafted hardest by the AUKUS Treaty saw the handwriting on the wall before the Scamdemic started. "I urge Europe to start thinking of itself as a geopolitical power to ensure it remains in control of its destiny...The alliance only works if the guarantor of last resort functions as such. I'd argue that we should reassess the reality of what Nato is in the light of the commitment of the United States". Macron has been under pressure to pull out of NATO largely because of the continued contempt shown French interests led by Anglosphere nations. France, however, is deeply divided country on political issues and its position as a global power has been marginalized for years. Whether France can lead a pushback against AUKUS/NWO imperialism is debatable though there appears to be a growing plurality of Frenchmen supportive of doing so.
Europe is basically suffering from the same problem that Anglo-American Conservatives have. For the last several years, the Cultural Marxist Long March has continued unabated because Conservatives here and politicians abroad have chosen to look the other way and to go along to get along for the sake of temporary economic or political advantage. Then one day, they've begun to notice that their enemies are holding all the cards and are about ready to cash in the chips.
Posted by The Night Wind at 6:00 AM