THE RITTENHOUSE CASE AND THE RINO PUNDITOCRACY

Despite getting wiped out electorally in all but one State, the Controlled Opposition Republican Party is assuring us for the 20th electoral cycle in a row that the tide is turning. To underscore the point, they've been cheering for the last week that this guy: 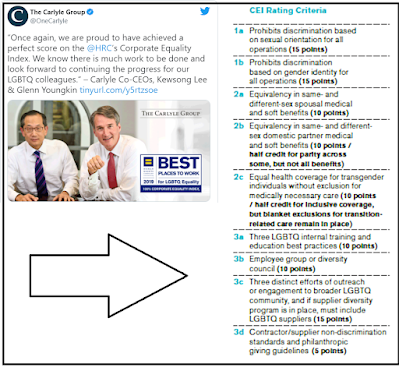 is going to clean up Virginia's failing school system and eradicate all the out-of-control Political Correctness. We might recall in 2020, that the Party of "parental rights" and "school choice" was howling the loudest about reopening our public schools. In fact, since the 1980s, the GOP hasn't got a single accomplishment to show for all the years they could have done something. And the unspoken truth behind all of this that nobody really wants to change. The Corporate Elites who run this country want obedient workers; people who are just smart enough to follow orders, but just dumb enough to accept passively their arbitrary rule. And American parents---who at least on paper are responsible for their children's education--- really want Government-subsidized babysitting services with lots of extracurricular activities. The DNC serves the first interest, the RNC serves the other; and nothing will change until public attitudes do. 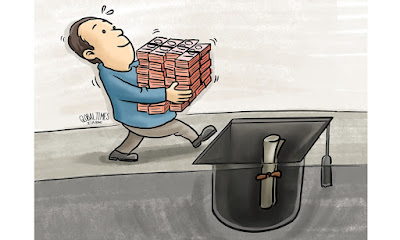 Now recently the show-trial of Kyle Rittenhouse has attracted the same class on the Right who've dusted off another long-forgotten Conservative issue: tort reform. Like our failing schools, Tort Reform hasn't been discussed for so long that the Punditocracy is getting away with pretending that our Legal System just became dysfunctional since the Junta seized power in January.

The Legal Establishment began its collapse about the same time the Education Autocracy did: shortly after arch-RINO George Bush Sr announced the inauguration of a New World Order and Agenda 2020 started getting underway. From his administration onwards, a double-sided system based on Political Expediency instead of the Rule of Law began to predominate. Bush and the Democratic-controlled Congress kicked it off with the so-called 'Drug War' which led to an ever-increasing inflation of police and surveillance powers, a blurred distinction between Civil and Criminal Due Process, erasure of the boundaries between poor lifestyle choices and actual crimes, and deeper intrusion of Corporate interests into all aspects of the Criminal Justice System.

In 1991, Bush's Justice Department---then headed by William Barr (yes, the same Attorney-General who would later look the other way at the Epstein Case and finally sell out the Trump Administration) also set the precedent for future politically-motivated show-trials. That same year, another gentle giant named Rodney King was featured in a heavily-edited video allegedly being beaten by White police officers. The policemen were acquitted of any wrongdoing; which led to race riots. The Bush Administration promptly disregarded Constitutional protections against Double-Jeopardy and sent the officers to prison after a sham trial. The same Administration would later turn a blind eye to the BCCI Scandal, and many former BCCI operatives went on to work for the financial consortium, the Carlyle Group, which the Bush Family more or less controls.

The Clinton Co-Presidency continued in the same vein. Despite numerous violations of human and constitutional rights in the 1993 Branch Davidian Massacre in Waco, Texas, no government official was ever held accountable for the slaughter. A few of the survivors were rounded up and thrown into prison despite being victims.

The King Trial and the Waco Massacre proved to be a ratings bonanza for the Media Cartels, who were just then branching out into Infotainment. In 1994, former football great and actor O.J. Simpson was accused of murdering his ex-wife and her lover. After a disgraceful media circus masquerading as a trial, Simpson was acquitted by a jury after 30 minutes' deliberation. The infuriated Media---who was even then lobbying to film the expected execution---turned on Simpson leaving him bankrupt and blacklisted. The politicians jumped on the bandwagon and passed a plethora of new laws, few of which did more than increasing police powers over civilian life.

These events led to even more egregious breakdowns of the system under the jinned-up 'threats' of drugs, paedohysteria, terrorism, so-called 'hate crimes', lurid sexual 'scandals' and finally culminating in a pandemic hysteria. The only thing that's actually changed over the last two years is that the abuses have become more frequent and more flagrant. 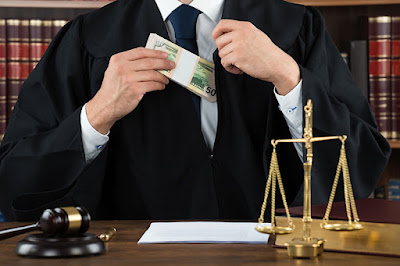 We've seen, for example, how the prison guards responsible for Jeffrey Epstein's death were never charged while Derrick Chauvin---who provably did not murder George Whats-His-Name was sentenced to 10 years in prison on two counts of murdering one man. We have seen how no one was charged in Seattle last Summer after storming City Hall, burning down a police station and seizing seven city blocks which they declared a secessionist state: but protesters of January 6th have been held in horrid prison conditions and given stiff sentences for committing---at worst---criminal trespass. We've seen the torture of Julian Assange and the persecution of Wikileaks for exposing the Elites and their crimes: while corporations like Honeywell commit blatant acts of treason and are let off with light fines. The mostly Republican-appointed US Supreme Court ignored a petition by 17 State Attorneys-General to contest a blatantly stolen Presidential Election, and so on.

The Ameroboobs have tolerated these injustices for the same reasons they've tolerated a corrupt educational system. Corporate America obviously doesn't want laws enforced that could send CEOs to prison; and most Americans like the drug-fueled drama of sensational trials which feed their insatiable sense of outrage. Besides, it gives the average American a sense of power to be able to call the police or sue anyone they don't like for any reason---as long as their goals align with the party in power.

None of this bodes well for Mr. Rittenhouse. The RINOs are hoping that the extraordinary incompetence of the Prosecution will lead to an acquittal. It may happen, but Rittenhouse is a marked man. The Elites want a human sacrifice, and they'll have one. And when that happens, Rittenhouse will have as many 'Conservatives' at his back as all the other human sacrifices had (i.e. none). Rittenhouse only matters to the Right so long as his case is a useful talking-point for them. Beyond that, he's expendable. Guilt or innocence don't make any difference any longer; and neither does Right or Wrong; or Justice or Injustice. Trials today are conducted only to give the illusion of Justice. Most Americans today have no idea what the actual purpose of a Judiciary is and could care less.

Regardless of the outcome of this trial nothing will fundamentally change. It's only going to change when Americans begin to remember what Justice is and what it stands for; that's it's not a mere cloak to satisfy individual selfish ends, nor is it an entertainment spectacle for the gratification of effete degenerates. It's purpose is to safeguard the liberties of all concerned from the aggression of those who'd take it from us. We are on a very dangerous path right now, because a legal system open to preying on anybody makes a society unsafe for everybody.