Right before the 'election' tomorrow, Emily Oster, an economics professor at the once-prestigious Brown University penned an article in the once-prestigious Atlantic Magazine calling upon us all to forgive the Crimes Against Humanity committed during the Scamdemic. Bjorn Bull-Hansen and Tricia's blog did a good job of refuting the arguments made. If it were up to me personally, the perpetrators of the COVID Scam would be brought before an International Tribunal, restitutions paid, and Government PSAs educating the public of the dangers of mass-hysteria would be run. 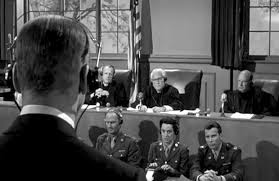 To my mind, this call for 'amnesty' is a red herring. There will never be accountability for the crimes committed during the COVID Scam because both parties were deeply involved in it and both profited economically and politically from it. It was probably considered politically expedient to relax some of the more draconian rules before an election. But it ought to be observed that no States have dismantled their 'emergency' infrastructures; nor have there been any hearings or calls for justice; nor any widespread lifting of Loyalty Vaxx requirements; in fact, at the Federal Level the push for the Loyalty Vaxx has actually intensified. In other words, tomorrow's Election isn't as important as what's coming the day after tomorrow.

Less than six months before these fake calls for 'amnesty' Bill Gates was already advertising a plan to deal with the next Scamdemic. It's quite telling that the amnesty article was published in The Atlantic, which itself is a subsidiary of the Emerson Collective: an organization deeply tied to the Bill and Melinda Gates Foundation. Emerson Collective's owner and CEO Laurene Powell-Jobs is the widow of Tech Lord Steve Jobs and recently called by Forbes Magazine "the 29th most powerful woman in the world." According to OpenSecrets, Powell-Jobs is a substantial donor to the Democrat Machine. According to Inside Philanthropy, Emerson Collective is the least transparent about its spending.

What we do know about Emerson Collective is that its Board is packed with Deep State operatives, and that Powell-Jobs is also on the Board of Deep State milieu The Council on Foreign Relations. So why would a media outlet this deeply embedded with the Establishment be calling for an 'amnesty' for COVID extremists?

I believe that the answer is simply, that they don't really mean it. It's part of a propaganda push to create the illusion of "returning to normal" while at the same time agitating for "tolerance" when the hammer comes down again. Authors like these no doubt will, in the future, be lecturing dissenters on how we've all "learned from our mistakes" even though---if Gates' plan is any indication---the next 'Emergency Response' will make 2020 look mild by comparison. This was a tactic frequently employed by Iron Curtain despotisms during the Cold War. The State would declare an 'emergency' followed by a brutal crackdown; then would temporarily relax its restrictions until coming down even harder the next time. Corrupt psychologists had learned that Totalitarianism could be more accepted by the general public if gradually imposed with brief periods of leniency than by simply coming with sheer force as the Hitler Regime did. The Third Reich's methods bred rebellion in occupied countries, the Communist method gained gradual apathy and compliance. The pattern is familiar to anyone who's studied abusive relationships on an interpersonal level. The NWO/Great Reset thugs merely want to expand it to national and ultimately to global levels.

Part of this same strategy is the employment of mixed messages. At the same time part of the Mainstream Media is calling for amnesty and forgiveness, the other part is bracing us for the next 'emergency.'

"According to mainstream media, hospitalizations for respiratory infections are on the rise and 'experts' warn of a potential 'tripledemic' this winter, as COVID-19, seasonal influenza and respiratory syncytial virus (RSV) are all in circulation...As predicted, 'health experts' are starting to call for voluntary indoor masking again...The fact that RSV is now being highlighted as a severe risk is understandable in light of the fact that the first-ever RSV vaccines are now in the pipeline. According to CNN, four different RSV shots are 'nearing review by the U.S. Food and Drug Administration (FDA)' and more than a dozen others are in trials."

The Corporate Media dutifully sings the refrain: "With few to no restrictions in place and travel and socializing back in full swing, an expected winter rise in Covid cases appears poised to collide with a resurgent influenza season, causing a “twindemic” — or even a “tripledemic,” with a third pathogen, respiratory syncytial virus, or R.S.V., in the mix!" (the New York Times) "A 'tripledemic' of flu, RSV and COVID feared in California as a confluence of respiratory illnesses has some California officials warning of a possible triple threat that could strain healthcare systems!" (the Los Angeles Times) "The U.S. could very well face what has been dubbed a 'tripledemic' this winter, with cases of COVID-19, the flu and a virus called respiratory syncytial virus (RSV) surging at the same time!" (CBS News)

And from Louisville we already see lockdowns: "Dozens of Kentucky school districts shut down as health officials warn of 'tripledemic!"scream the headlines. If anyone needs a reminder of what an absolute bastard the Governor of Kentucky was during the last round, read here. But no worries: if we have that Red Wave tomorrow, Kentucky's Senator will be leading the resistance, right? 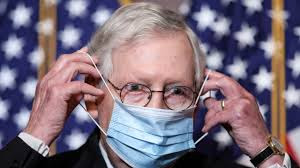 Anyone still want to argue that we're really going back to normal? Anybody still want to pretend that "Americans will soon get to cast their first votes since the science-denying COVID mask and vaccine mandates, the second wave of COVID-related blowout spending and subsequent inflation, and the COVID-related school closures that allowed parents to see what the public schools are really teaching their boys and girls—including that they can choose whether they are boys or girls." is actually going to make the slightest difference on so-called Election Day?

The frank reality is that Americans mostly do not care. We wouldn't be in this situation if they did. No matter which wing of the Uniparty is allowed to 'win' tomorrow, it's not going to stop Scamdemic 2.0. As we've been saying for the past two years now: start networking, start developing parallel communities and economies, and forget this 'business as usual' delusion. Disconnect, disengage, disunite as much as possible. No 'Red Wave' (if it happens at all) is going to save us. 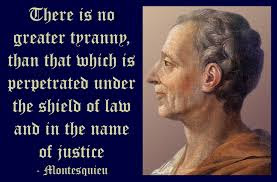 https://www.latimes.com › california › story › tripledemic...
girls—including that they can choose whetherthey are boys or girls. With all of these matters implicitly on the ballot, how are things shaping up going into Election Day?
Posted by The Night Wind at 6:35 PM