Friday was a holiday in Iran, much like Veterans' Day in the US. Every city and town was holding ceremonies, parades, and celebrations honoring those who served, and those who lost their lives, during the 1980s Iran-Iraq War. In the town of Ahvaz, however, these festivities ended in tragedy after four men opened fire on the crowd; indiscriminately gunning down everyone in their path.

The police reacted bravely; but by the time the attackers were subdued, 16 people were killed and around 60 critically injured. 8 more of the injured have since died from their wounds. 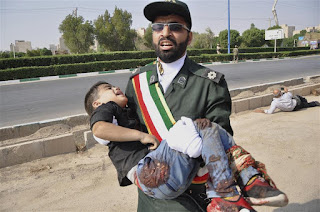 It appears that the gunmen were disguised in IRGC uniforms, and had hidden their weapons along the parade route. Preliminary indications are that a Wahhabi/Salafist terror group called Al-Ahvazyah was responsible for this dastardly crime. The terror group is largely comprised of Arab refugees (like the ones in the US and Europe) and are funded by Saudi and other Gulf State regimes. 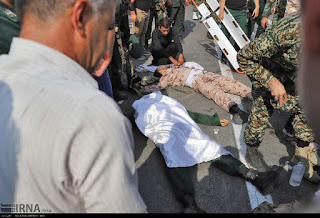 Around the world, countries have condemned the attack. President Putin was among the first to reach out and offer assistance, followed shortly by the Pakistani Government. Supreme Ayatollah Said Ali Khamenei issued this statement to the people:

"In the Name of God, the Exalted:
"The tragic and heartrending incident of the martyrdom of a group of our dear people in Ahvaz at the hands of the mercenary terrorists has once again exposed the atrocity and viciousness of the enemies of the Iranian nation. These hardhearted mercenaries who open fire on innocent women, children and men are the dependents of the same bogus and duplicitous advocates of human rights. Their spiteful hearts cannot bear to see the manifestation of national sovereignty during Armed Forces parade. Their crime is a continuation of the conspiracies by the US-backed regimes in the region which have aimed at creating insecurity in our dear country. However, to their dismay, the Iranian nation will persist on the noble and prideful path they have taken and will—like before—overcome all animosities.
"I hereby express my solidarity and sympathy with the families of these dear martyrs and I ask God for patience and divine calm for them as well as the elevation of the heavenly ranks of the martyrs. The intelligence sectors must swiftly and meticulously track and prosecute the purveyors of these criminals and hand them in to the powerful judiciary."
And sadly, the Ayatollah has a point. The US has, for the last several decades, winked and looked the other way at the extremism perpetrated by the Saudi Regime and its satellites the UAE, Qatar, Kuwait, Jordan, and Bahrain. All of these countries are State Sponsors of Terrorism; yet the US acts in complete servility to them. Meanwhile, Iran, Syria, Hezbollah, and the Houthi Freedom-Fighters in Yemen are treated as international pariahs. All four of those entities have done more to fight radical Islamic terrorism than all of the Western Powers combined. 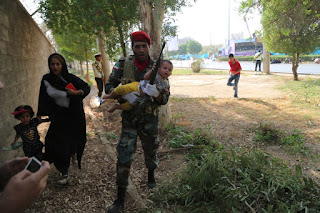 American subservience to the Wahhabi-run Gulf States is so pronounced that the blatant involvement of these countries in the 9/11 Attacks has gone ignored and unpunished. Yes, we did overthrow them in Afghanistan; but we took no action whatsoever against the regimes upholding and funding the Taliban. Saudi Arabia was the only country not bordering Taliban-era Afghanistan which officially recognized its government. 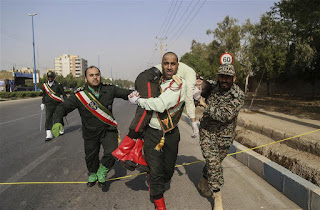 The reason for this is because Saudi Arabia and its confederates have an economic choke-hold on the denizens of the Deep State. The Wahhabi Gulf States have massive holdings of American Media stocks as well as stocks in the corporations advertising with them. These governments also pour lobbying cash into the hands of the Swamp RINOs who advise Trump on foreign policy. Iran, meanwhile, is prohibited from investing in the United States. 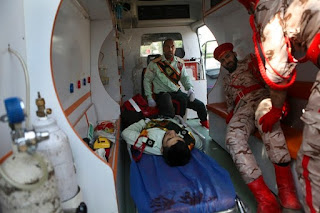 The DNC gangsters also bow and scrape before the Wahhabi Sheikhs. It's well-known that the Arabian Peninsula is one of the world's largest hub for trafficking in narcotics, white slavery, and weapons. We saw from the Fat Leonard Scandal that US officials were involved in such traffic. Iran, in contrast, is the world leader in combating these criminal activities, and has been for the last nine years. 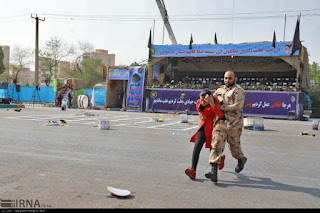 The Reagan Administration's policy of isolating Iran and reinstating the Shah made geopolitical sense during the 1980s. Iran's government was unstable and in real danger of falling to a Communist or Soviet-backed group. This would have extended Soviet hegemony in Western Asia from the Mediterranean Sea to the Indus River. It would have been a threat to the oil-rich Gulf States as well as US allies, Israel and Turkey. At the time, this was a far greater threat to world peace than the still-nascent danger of the Wahhabi and Salafist Cults. 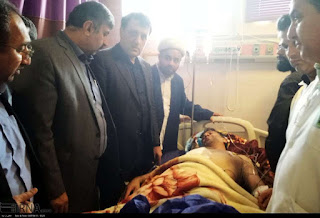 The consequences of following the same policy today are graphically seen in the photos of the Ahvaz attack. Today, international crooks and cultish fanatics are the threat. The Trump Administration needs to accept this fact and change our policies accordingly, as President Putin has done. 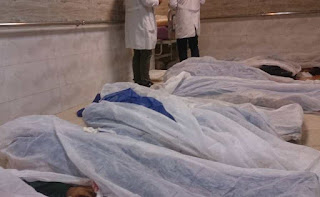