THE VIRUS OF MASS DESTRUCTION

So it was sunny this weekend, and I decided to take a few days off to practice Civil Disobedience. After all, living on the West Coast---behind the Pacific Iron Curtain---two forgotten holidays were afoot. First there was Thursday, May 8th. The 75th Anniversary of this day, 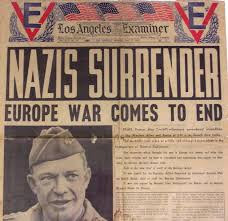 The Corporate Media, of course, swept this one under the rug: too many people might start drawing comparisons. Several cities out here did announce the cancellation of July 4th Celebrations---odd, considering all of their alleged reopening strategies are supposedly being implemented.

Sunday was Mothers' Day, which like upcoming Memorial Day was observed with gatherings forbidden. 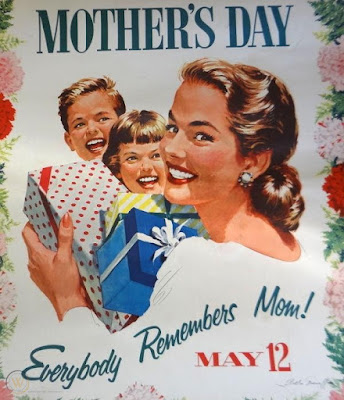 This has been a Spring beyond the imagination of the Whacko Left Wing. Sure, Pride Parades were cancelled; but churches closed at Easter; veterans ignored; mothers kept from their families---and the delightful prospect of Independence Day forgotten must have them all giddy with excitement.

There has been some good news during the week. Texas Attorney-General Ken Paxton---a real Conservative who kept Texas' RINOs on a short leash during the 'Crisis'---announced today that localities could not enforce lockdowns. Which means that Texas has freed itself. And in Michigan, the Sheriff and County Executives of Shiawassee County have nullified any spurious orders emanating from the Whitmer Regime.

While on vacation, I had a chance to go through some articles and came across one titled The Virus of Mass Destruction by C.J. Hopkins. I don't know much about this author, he appears to be a Liberal but one of those rare types among them who actually thinks for himself. The article is worth reading; Hopkins seems to have a good grasp on where this is all heading.

"There comes a point in the introduction of every new official narrative when people no longer remember how it started. Or, rather, they remember how it started, but not the propaganda that started it. Or, rather, they remember all that (or are able to, if you press them on it), but it doesn’t make any difference anymore, because the official narrative has supplanted reality." he says; and this has been my greatest fear since this Rebellion began; the longer that these restrictions remain in place, the reasons for their imposition will recede from public consciousness. This is how 'New Normals' get created. 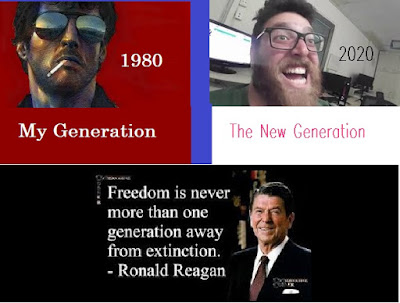 This is also why I'm deeply suspicious of this recent waves of 'reopenings.' In some States like Georgia, Tennessee, Texas, Utah and few others the lockdown is probably not coming back. In many of the others, the lifting of restrictions has been partial and conditional. Now that the Elites have taught us that our welfare depends wholly upon their will (or so they think); we---the little people---can be graciously given a few of our remaining liberties back. And these can be revoked at any moment if we don't behave ourselves.

Hopkins alludes to this in historical contexts and then describes the practical result:  "These facts did not matter, not in the slightest. By that time, Westerners were totally immersed in the official War on Terror narrative, which had superseded objective reality. Herd mentality had taken over. It’s difficult to describe how this works; it’s a state of functional dissociation. It wasn’t that people didn’t know the facts, or that they didn’t understand the facts...People functioning in this state know that what they believe is not real. Nonetheless, they are forced to believe it (and do, actually, literally, believe it, as impossible as I know that sounds), because the consequences of not believing it are even more frightening than the cognitive dissonance of believing a narrative they know is a fiction. Disbelieving the official narrative means excommunication from “normality,” the loss of friends, income, status, and in many cases far worse punishments. Herd animals, in a state of panic, instinctively run towards the center of the herd. Separation from the herd makes them easy prey for pursuing predators. It is the same primal instinct operating here."

What he's describing here is Political Correctness. Americans have been immersed in this kind of stupidity for the last three decades and our continual submission to the most overt injustices and humiliations have led us to where we are now. Incidentally, what Hopkins describes is the reason why Civilization's rise is also connected to human liberty. Civilization is about freeing mankind from the Herd Mentality. Our Faith teaches us that fear is not rooted in holiness; likewise our Founding Fathers taught us that Reason alone should dictate civil policy. The man rooted in Faith, guided by Reason and confident in his Freedom is already prepared for pursuing predators because his primal instinct is under the control of his mind. And a man like this knows that there are no predators to be feared these days; and that the real threats are from within the herd itself.

Hopkins sees this too and says: "It is the goal of every official narrative to generate this type of herd mentality, not in order to deceive or dupe the public, but, rather, to confuse and terrorize them to the point where they revert to their primal instincts, and are being driven purely by existential fear, and facts and truth no longer matter. Once an official narrative reaches this point, it is unassailable by facts and reason. It no longer needs facts to justify it. It justifies itself with its own existence. Reason cannot penetrate it. Arguing with its adherents is pointless. They know it is irrational. They simply do not care.

"We are reaching this point with the coronavirus narrative. It is possible that we have already reached it. Despite the fact that what we are dealing with is a virus that, yes, is clearly deadly to the old and those with medical conditions, but that is just as clearly not a deadly threat to the majority of the human species, people are cowering inside their homes as if the Zombie Apocalpyse had finally begun."
What especially sad to see is that, after thirty or so years of being imposed upon by one lying cheat after another with their politically-correct hoaxes, the American people seem to have learned nothing and Hopkins doesn't seem especially optimistic either. What's going to turn the tide against the Usurpers is the strength of local officials in what the Elites contemptuously refer to as Flyover Country. The cities are where the Herd Mentality has the most effectiveness. Regardless, we are in a pivotal moment in our Country's history and whether or not we continue as a free people hangs in the balance.