THE DARK DAYS OF AUTUMN 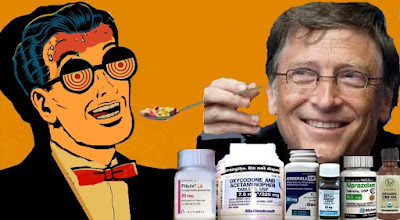 It's gotten so bad that Ohio State Legislator Nino Vitale posted an article on Facebook this morning about it. Vitale is a true patriot, who's been leading the charge to impeach the rotten RINO Governor Mike Dewine. 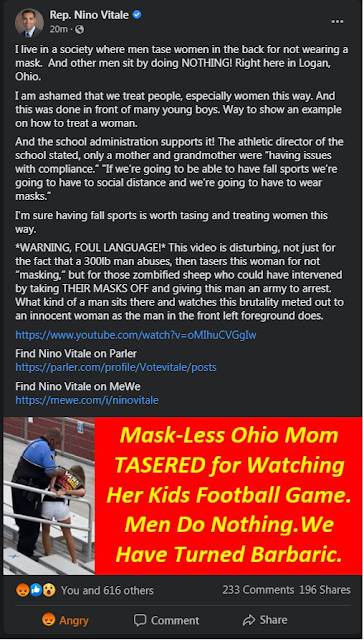 And blogger Adrienne gave us another act of petty tyranny in her neighborhood.  These tin-horn local despots are exceeding in their thuggery even some of the deplorable acts that the British were noted for during the War of Independence. The Colonial Government of His Most Christian Majesty King George III was notorious for suppressing open-air church services conducted in defiance of that holy doctrine of Divine Right. 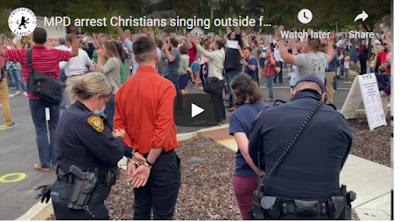 But that was then, this is now; and Toryism is making a fashionable comeback. Put on your cuck-muzzles and go with the flow---that's the sensible thing to do; along with accepting your White Guilt. In Louisville, a city run by another anti-Christian fanatic, riots have broken out because the White Liberals were again thwarted in a fair trial. While people elsewhere are being jailed for defying the arbitrary edicts of unelected despots, in many places Liberal enforcers 'protesters' can act with impunity and self-defense is roundly discouraged. They've even taken to barging into local diners and taking over tables. There's apparently no longer any depths of humiliation to which American citizens these days will not submit.

Now the ostensible reason for the Louisville Riots is that a house that was long under suspicion for drug-trafficking was raided; the home belonging to one of our frontline heroes, a hospital orderly of some sort named Breonna Taylor. A shoot-out ensued, and---owing both to the darkness and the target her obese girth presented---Breonna was caught in the crossfire and was killed. Numerous attempts to indict the police officers failed. As in the George Floyd, Rayshard Brooks, and Daniel Prude cases, Breonna Taylor and her associates were not unknown to the local authorities. The house had been under surveillance for some time, although the Corporate News Media always somehow fails to overlook such facts. She first came under police suspicion in 2016 when the carcass of a dead drug dealer was found in a car which she owned.

No sooner had the officers been exonerated (again) that George Soros and allied non-profit agencies connected to Wall Street began trucking in 'protesters' and arming them as well. Soros' international crime syndicate has been driven out of Russia, Poland, Pakistan, and even his native Hungary has de facto pushed him into exile. Duterte, the President of the Philippines, even issued standing orders to his gendarmes to shoot Soros on sight. The City of New York, welcomed Soros (and his billions of dollars) where he, DeBlasio, Cuomo, and Bloomberg could further their fiendish schemes unmolested from popular revolt.

This is where we stand at the beginning of Fall, 2020. The Enemy is going for the Big Push---that's probably coming in October/November. Trump has begun a pushback, with Pennsylvania falling out of the Rebel States and moving to defund and even prosecute some Rebel leaders. The rest of this year, however, will determine whether we remain a free country or not. 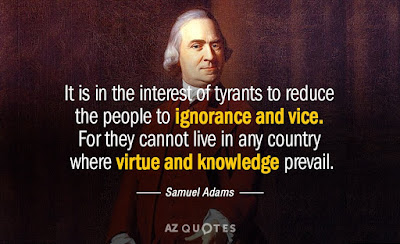