Since the Corporate Media has been droning on and on since last night about the death of SCOTUS judge Ruth Bader-Ginsburg, there's no way that news of her demise hasn't been heard across the globe by now. Actually, there's really nothing positive to say in memory of this horrible female. She owed most of her rise in the legal profession to her late husband Marty Ginsburg, who in turn owed his rise to his father's reputed connections to some rather unsavory Jewish 'business' interests.  Creatures like Justice Ginsburg are best just forgotten.

President Trump, though, is left with the responsibility to select a real judge to fill Ginsburg's position. We sincerely hope that he won't make the mistake of bowing to RINO Political Correctness and elevate another woman to the post. There are plenty of qualified men for this job; and the last thing our legal system needs right now are any more girls pretending to be boys. I'm sorry if this offends anyone, but women are not by nature suited for this type of work. Recent history has shown repeatedly that they either try to be mother hens to the whole community instead of seeking actual justice; or else they try to prove themselves one of the boys by assimilating every negative male stereotype into their personalities---and worse, their legal decisions. RINOs are among that class of men whom we previously described who prefer taking orders from a strong woman; just recall how Condi Rice and Sarah Palin used to run all over them at will. That's not to say that Condi or Sarah had bad policies---they often had to step in over the weak men ahead of them---but American Conservative men should have been embarrassed by the fact that they had to. 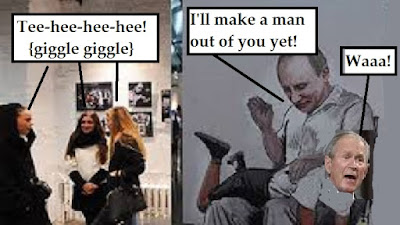 Whoever Trump chooses, however, he or she can't possibly be worse than what they're replacing. That fact has the Whacko Left---which has already been fanned into a fever pitch of full-blown hysteria---is going to lose it altogether over the new appointment. There are already reports of whacked-out pink-hat types going berserk on social media. 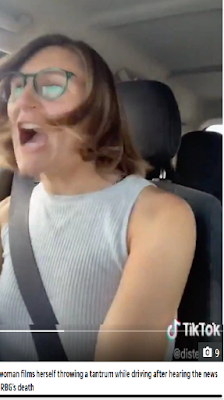 These are people who actually believed that COVID-19 would cause toilet paper shortages; that masks and social distancing stops plagues; and that bums who die of drug overdoses in police custody are martyrs against White Supremacy. They believed those things strongly enough to do significant destruction to the Nation at large. At this point, they are capable of anything; and we need to be on our guard even more than before.
Reza Aslan, disgraced CNN pundit and known cannibal, pronounced on Twitter that Trump would appoint a new judge "over our dead bodies! Literally! If they even try to replace RBG we'll burn the whole f----g thing down!" Aslan is actually a millionaire himself, and esteemed a great intellect among the Liberal Elite. He's an obvious nutcase with violent tendencies. Unfortunately, he has a small following of fanatics who are liable to act upon his savage projections.
Another kook and sexual pervert named Chuck Clymer---who changed his name to Charlotte and masquerades as a female---organized a band of flapdoodles to march on Mitch McConnell's house. They apparently never bothered to notice that McConnell is currently in Washington DC, since the Senate is in session. Oops!
Well, this is what happens when people act before they think. Clymer was another one radicalized by the Bush-Obama Pentagon. He was a prominent Male Feminist before moving on the more lucrative LGBTQ Movement. Chuck actually once offered to become an organ donor to Ginsburg to keep the old bat alive until after the Election. Clymer is associated with Code Pink and similar bands of dangerous neurotics.
Eliel Cruz, a bureaucrat with the hypocritically-named Anti-Violence Project called for a march on Washington to "shut it all down!" Male Feminist Aaron Gouveia added arson to the mix, saying "burn it all down!" Beau Willimon, a hack-writer who serves as president of the Writer's Guild demanded that "we shut the country down!" Beltway Corporate Media crank Laura Bassett vowed, "there will be riots!" And so on and so forth.
These jerks are all a cross-section of the kinds of loony-tunes whom the Far Left thinks should run the nation. They're also the kind of constituency that Ruth Bader Ginsburg pandered to and inspired. Enough said.
I realize that 2020 has been a tough year for us. It wasn't enough that we have to fight unconstitutional power grabs over the Scamdemic; or deal with Antifa and BLM scum; or counter the criminal scheming of the DNC rats and their Elite overlords hoping to sabotage the Election and overthrow the Government---now this had to happen. It is imperative though that the President gets a nominee appointed before November. Nobody ever said that preserving liberty would be easy. We have to roll up our sleeves and get the job done because the next few months are going to get rough. 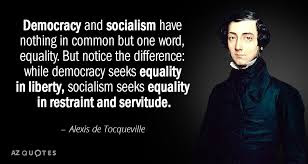