There have been a flurry of interesting articles lately around the Insurgents' attempt at a hostile takeover of the United States. So some may wonder why I would feature a piece by CNN---one of the sleaziest tabloid-level gutterballs in the news industry? There's two reasons: one to show graphically what kind of trash the average Ameroboob is stuffing into his empty skull. The other is because there's actually a valid point buried between the lines.

At the end of the article, I'll publish some Brain-Bleach links for readers disgusted with even two paragraphs of CNN schmaltz.

"President Donald Trump's struggle to deny the results of the election is now up against an existential threat: a rapid succession of states due to certify their election results before the critical date of December 8. Certification is usually just a formality. But the process has taken on new importance this year as Trump's legal team has sought to delay the finalization of results -- a strategy aimed at denying Joe Biden his due victory in the Electoral College which votes December 14. The idea is that if there's no certification, then Republican-run state legislatures in a few key states -- especially Michigan and Pennsylvania -- could appoint pro-Trump slates of presidential electors, even though Biden won the popular vote in those states.

"The entire scheme revolves around December 8. That's the 'safe harbor' deadline under federal law. What that means is that when Congress tallies the electoral votes in January, it must accept electors that were certified before the deadline. If a state missed the deadline, then Congress can consider disputed slates of electors.So Trump's subversion efforts become impossible if key states certify their results before then -- but the whole election remains in play if Trump's team can push certification past the magic date. All of this chaos drummed up by Trump's team might not go anywhere. But it has turned the usually procedural process of states certifying their results into a drama that, at a minimum, allows doubt about the validity of the election to spread -- and, at the extreme, gives Trump an unexpected opening to maneuver his way into keeping power. It's unlikely, but Trump has surprised everyone before."

Paul Leblanc, the ignoramus who wrote this most unbiased and objective report, seems to have forgotten that the Electoral College of 2016 was subject to criminal threats and other acts of Leftist thuggery when there no acts of fraud or legal issues even involved. And they are at it again: they're employing threats and intimidation to force States to certify their dubious results for Biden. Early on in the Coup, George Soros was caught trying to bribe Attorneys-General in many States and cities---which implies that the plot to steal the Election wasn't just some spur-of-the-moment idea. Anyone who's seen Rudolph Guiliani at a press conference lately can read in his face that even that battle-hardened old warrior is afraid to come out in the open. Just yesterday, President Trump publicly defended GSA Director Emily Murphy for being forced into complying with Team Biden's demands. Biden will have to refund the U.S. Treasury if he loses anyway. 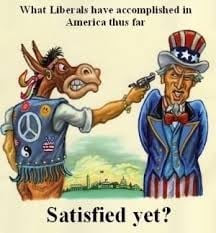 Between the lines, however, we can read that the Whacko Left isn't exactly feeling secure that this November sealed their success. The Certification Deadline is rapidly approaching and they're starting to spin the Trump Stole the Election gig already. The new fake 'pandemic lockdowns' are part of the same plot. They are not confident of a Harris-Biden win; and they know full well that the extent of their crimes could well be exposed before December.
But as Pat Buchanan and Newt Gingrich have pointed out, the Trump Administration needs to start presenting some of the evidence to the public and getting these cases moving through the Courts. The same clock running against the DNC gang-bangers is also running against us. The MSM blackout of Election Fraud is going to take time to circumvent.
Now, as promised, some good reading (and watching):
Freedom Through Empowerment: What's it All for Anyway?
John Horvat: Will Biden Impose Communism in America?
Citizen Tom: When Are We Going to Get Out of High School?
Bjorn Bull-Hansen: The Great Reset
Adrienne's Corner: Transhumanism: Biden's Plan for America
Men-Factor: Election Fraud Video Compilation
Vasko Kohlmeyer: The Left's Way: Violence, Fraud, and Intimidation
Robert F. Kennedy, Jr: Scientists Behind Article Attacking COVID Skeptics Worked in Wuhan Lab 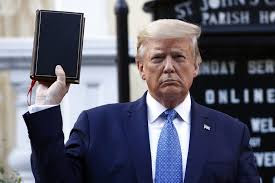