As further evidence of the 'groundless' and 'baseless' allegations of widespread voter fraud in the U.S., the Los Angeles County Sheriff announced last week the arrest of Carlos Montenegro and Raul Arevalo on 41 counts of voting related crimes.

The authorities aren't certain how many fake ballots these two generated, but they've accounted for "more than 8,000" so far. 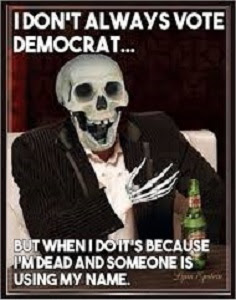 In case you didn't hear about this on those great Conservative Media outlets, NewsCorp and Newsmax, you're not alone. As nearly as I can tell, the only place that reported it was Fox26News in Fresno. The police didn't say which party those thousands of votes went for, but I'll bet we can guess. Considering that recounts in the Golden State have flipped three House seats (so far) to the GOP that the Media called for the Democrats, it's a fair supposition that Montenegro and Arevalo weren't fanatical MAGA-types.

Knowing California like I do, it's hard to say that 55 Electoral votes were stolen from Trump; but it's also hardly a secret that voter fraud in that state is rampant. So nobody really knows. I well remember the 2018 Senate Race where polls showed the Republican candidates had a combined 42% of voter support; but after their Convention, the nominee achieved only 8% in the primaries---and failed to qualify even for a place on the ballot. The Election ended up between an incumbent Democrat and some Green Party whacko.

In the 2020 Elections, let's look at California's vote totals compared with the next three largest states.

Now, how is a 30% margin of victory in a state the size of California even possible? These numbers defy common sense. Texas, New York, and Florida all have similar demographics; yet the margins were between 4 and 14%. Also it's noteworthy that California has 22 million registered voters: their numbers reflect an 82% voter turnout.

True California went Democrat by a similar margin in 2016. But look at the total votes: Clinton won about 5 million out of almost 9 million votes cast. So there were twice as many votes in 2020 and the results were the same? Again, this doesn't make logical sense. It's possible---on paper---but certainly looks suspicious.

During the course of this voter fraud investigation, I don't think that the GOP should be hasty in writing off states like California as 'solid blue states'. That blue coating seems to be wearing thin in a few spots. 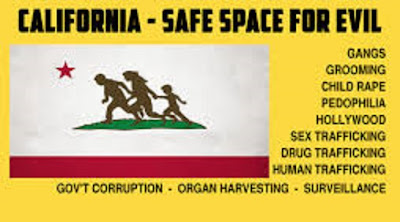