In the last article, we explained how the Mask Mass-Hysteria is basically nothing more than social engineering, and that expanding the Surveillance State is the where the power and money lies for America's Cash Kings. The purpose behind the Lockdowns and the Race Riots was to crush competition and transfer wealth into the hands of interested parties.

It must be stressed that what we're seeing in this Coup has nothing to do with Free Enterprise. During the Co-Presidency of the Clintons, the idea was floated of a future Government-Business Partnership. Vice-President and 2000 DNC nominee Albert Gore was a huge advocate of the idea. Stripped of all its flowery philosophy and fuzzy emotional appeals, what these Deep State apparatchiks actually envision is a fusion between Big Government and Big Business. That's essentially what the USSR's economy was; although owing to the undeveloped state of Russia in 1917, many State Industries were built with foreign capital. It should be remembered that Lenin had really hoped for the first Soviet to arise in the developed West. There would have been more to loot and less work to do---a situation which always appeals to Communist psychology.

The same mentality is also the ideal of the Postmodern American Left. The vision of running things while everyone else does the actual work is a common ground they share with the Crony-Capitalists. But managing an economy of degraded Helots raises a demand for Security Forces because some men insist upon thinking for themselves and servile revolts don't always end well for the ruling Elites.

We saw in the last article how the Insurgents are amassing aerial drones to spy on the populace. They've also steadily been organizing foot-soldiers under the name of contact tracers. The Media hasn't been advertising the fact, but a simple search on Google shows that nearly every State Government is hiring them. 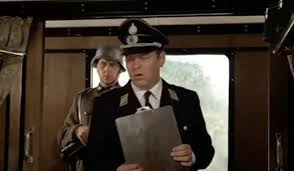 Let us see if we can connect a few dots here. I wonder why a big push for police defunding came just after the Elites began releasing reports about needing extra resources for Contact Tracing? The Riots have given the Rebels an excuse to break up policing while simultaneous spending more money on surveillance. And the high unemployment caused by the Lockdowns have provided them with a huge pool of potential recruits. Business Insider reported recently on a startup Contact Tracing company called Contrace Public Health Corps. This enterprise claims to have had 80,000 job applicants in its mere 5 week existence.

"There is definitely an art to contact tracing" said Contrace CEO Steve Waters, "because gaining the trust of someone you have approached can be challenging, particularly individuals with paranoid, conspiratorial or anti-government attitudes."

Well, that statement certainly gives us an insight into the mentality of a Contact Tracer, doesn't it?  And while there are a number of small fry in the pond, the Big Boys haven't been slow about grabbing their slice of the pie. Conduent Inc. has emerged as the leading Government contractor in the growing domestic espionage contact tracing field.

Since then, Conduent has become a significant contractor to State and Local Governments; particularly in welfare administration. Somehow, though, during the first month of the Planned-emic, Conduent had already developed a Contact Tracing software protocol---in partnership with Amazon. Amazon, recall, is an essential business which profited heavily during the Lockdown and ever since. By April, they were already selling their services to the City of Boston and the State of Washington.

"Conduent’s disease surveillance platform for public health agencies is designed to streamline and automate contact tracing for case management. Its results depict who has been infected on a Google Maps and Google Earth." CEO Cliff Skelton told Market Watch.

The program is given the Elitist name of Maven; and by the end of May, Conduent boasted that it was already in use with 40 governmental agencies. At that time, Skelton announced that it had reached an agreement with Microsoft (nota bene) to become available on the Cloud Azure Platform. Mark Brewer, one of Conduent's chieftains, said in a press release:


"Contact tracing is critical in the fight to contain the spread of COVID-19 to save lives.While governments plan to reopen communities and the economy, Maven can provide public health agencies with accurate contact tracing to prevent new cases from growing into new outbreaks. Conduent has considerable experience assisting organizations in managing high volumes of calls, answering sensitive healthcare program inquiries, and performing case management services that require complex decision making and high-level communication skills with our trained and empathetic staff."

Note the shameless marketing propaganda of this product, which under the guise of a fake health crisis is really selling taxpayers a means to spy on themselves. But as he continues, the truth starts coming out:

“By expanding Maven’s availability on Microsoft Azure, we are increasing health agencies’ highly secure access to an efficient tool that streamlines the time-consuming process of following up with potentially millions of people who may have been exposed to COVID-19. Rapid cloud deployment, coupled with contact tracing staffing solutions leveraging nearly 20 years of expert public health agency support, will help agencies bridge the resource gap with technology, people and expertise in an efficient, fast and scalable way at a time when they need a robust contact tracing solution."

Yes: millions of people who may have been exposed. I can't help but remember a few years ago when some people feared that Obamacare would put private healthcare information into the hands of potential spy agencies. Of course, the Ameroboob reacted predictably back then: 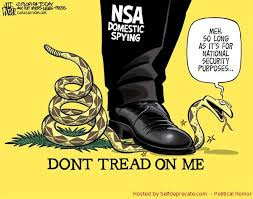 Does Conduent's own description not sound exactly like a secret police force? The very fact that Corporate America had these projects all ready for production and distribution just in time for the COVID 'outbreak' ought to convince anyone as to their objectives. As we saw in yesterday's post about the spy-drone manufacturer Draganfly, these Big-Money Boys are putting considerable effort and resources into extending the crisis into something permanent. This is something a lot bigger than parroting Orange Man Bad and voting for Joe Biden. As a people, we had better begin taking this situation seriously or companies like Draganfly and Conduent are going to be the ones stepping into the void of a disbanded police. We squawk about police brutality now; just wait until we get a taste of Conduent's "trained and empathetic staff." It's time to stand up to these bullies before they have the upper hand.