A MINORITY WITH GOD IS A MAJORITY

Right on cue, the MSM kicked off Monday Morning with the usual barrage of Planned-emic 'news'. The Summer of Hate is apparently winding down early. I earlier had guessed that 'Phase II' wouldn't blow in until late August. The Elites don't even bother hiding what they're doing anymore. Watching of all the NPCs out about this weekend suffocating on their own exhalations in the near 90-degree heat illustrates that the Elites don't really have to hide anything. Thirty years of practical experience have taught them that the Ameroboob can be made to join the stampede whenever they wish them to.

This appalling state of affairs has led to something of an existential dilemma for us here. Longtime readers probably recall that---except for exposing their crimes---I rarely engaged with Liberal policies and ideologies before the Rebellion began in February. The reasons for not doing so was because there were many good sites already doing that; and because Liberalism's falsehoods are very much self-evident and, to be frank, I have a low tolerance for stupidity. When the Insurrection broke out, I thought the probability was that it would collapse like the fake impeachment, the anti-Trump demonstrations, etc. So far it hasn't happened and we're now six months in. In some States (e.g., California, Washington, Kentucky, New York, New Jersey and others) the Governors have been ruling by decree with no Legislative oversight.

Admittedly there is a part of me that says: "Look, you've been warning everyone about this for years. Just go enjoy yourself. These idiots are getting everything they deserve, and when it gets worse they'll deserve it even more. Who cares, as long as they leave you alone?" 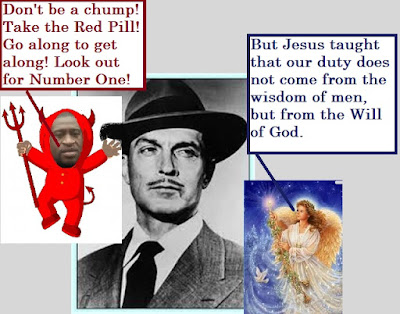 Then I recall something that Humphrey Bogart said about the Nazis during World War 2. Bogart had a reputation among certain free-spirited men much like myself. One asked him the same question to which Bogart replied:

"I know you're no mental giant, but try to juggle this... all of you. I got a firsthand report on what it's like on the other side. And brother, I'm telling you, we gotta watch our steps. Those babies are strictly no good from way down deep. They're no bunch of petty racketeers trying to muscle in on some small territory - they want to move in wholesale, take over the whole country."

To which one answered: "So what? It don't make no difference to me who runs the country, as long as they stay out of my way."

Whoa. And men today think that Jordan Peterson and Joe Rogan talk straight. For those men who've grown up since the Clinton It Takes a Village and Are Men Necessary? eras, this is how our older mentors and even our fathers used to talk to us young upstarts. Facing reality was part of growing up for a young man---and men today need to face reality more than anything else because Bogart's prediction is going to come true if they don't. 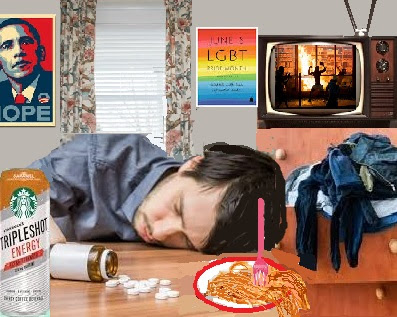 Most of my adult life has been spent during the Deep State times, and far be it from me to be naive about the passivity and stupidity of today's typical American male. And what's especially incredible is that the dire forecasts that the Elites are spreading about the 'Second COVID Wave' are even more fantastic than the first: and everybody knows now that the mass-deaths predicted in the First Wave never happened. There's no way that one can make a coherent argument in a case like this. One almost really has to wonder where the line crosses here between ignorance and mental illness.
Granted the dumbed-down schools, insipid media, and widespread narcotics consumption has broken down many Americans' will to question anything. Chinese scientists said very early on that the COVID virus could not survive in outdoor temperatures higher than 95 degrees. Most influenza viruses can't. This is why October-February is the Flu Season in Northern Climates. The COVID spikes reported this month are biologically impossible. But, of course, the Media's selling this story to people who believe that there are really more than two genders in the human race.
Similarly, we've been fed lies about Institutional Racism, which have led to laws being imposed on the public by the same unelected despots who've been imposing lockdowns and mandatory masks. We're told that tearing down national monuments, rewriting history, and effacing cultural icons are necessary to atone for the alleged murder of a thug by a Minneapolis police officer. The thug was still alive and talking when brought to the hospital and the Coroner reported that he died from a system weakened by drug abuse and poor nutrition. But again, biology be d----d, we need an outrage here.
It's important to keep in focus though that we're not fighting on behalf of the Deadweight who are carrying on like this. It's always been a minority who've stood up in defense of Right. The Whacko Left Wing tries to appear larger than it really is by conflating the general public's torpidity with acquiescence. Actually, the majority of Americans don't even bother to vote. They're much more concerned with running with the crowd, watching porn and getting stoned than they are about their own welfare; the only interest some have in 'New Normals' is how they can employ them to make a fast buck or sabotage someone they envy.
But that's not what we're about. Just circumvent the rotters and stand firm. In the Creation story, God's first command to Man was to "maintain the Garden and defend it." That's the rule we need to follow. Focus on suppressing our foes and the rest will fall into place.