WHAT'S BEHIND THE MASK?

The skunks in the Corporate Media lately have pushing the 'New Normal' of wearing hijabs masks in such public places as the Elites have graciously allowed to stay open. Now, our side did win some victories last week. In Georgia, Governor Brian Kemp has been fighting bravely to break his State out of the Rebel camp. He issued an order banning mandatory masks. In Ohio, local Sheriffs are refusing to follow RINO Governor DeWine's mask orders---even in major cities.
That hasn't prevented the Media from smearing non-mask wearers. There have been a number of snide stories, portraying people who won't obey their overlords as a little kooky, prone to violence, and definitely outside of the mainstream.  And the Robber Barons on Wall Street (who actually own the American Media) are mandating masks in their stores---trying now to force masks on the public via the Private Sector. The Oligarchs feel emboldened now that they've crushed competitors during the Lockdown---just as petty tyrants on their payrolls can mandate masks illegally.

So this brings up an interesting question. Who really benefits from this Mandatory Mask nonsense? Political power-junkies and Mass Media sensationalists do; but they're pawns in something larger. These people don't act without permission from their financial overlords; and the fact that the big box-stores are in on the act shows that there's some really Big Money behind this whole scam.

Mandatory Masks are an element of Social Regulation---which includes other projects like Contact-Tracing. To enforce these laws requires new technologies which will enrich government contractors already engaged in domestic espionage. Some might remember that during Obama's Administration, heroes like Edward Snowden and Julian Assange exposed that Big Government was spying on us and Wall Street was raking in billions off of that 'New Normal'. We all remember, I'm sure, how the American people reacted: protesting and going on strike, and demanding change until Obama relented and rolled back all of these invasions of privacy, right?

Well, actually, the Ameroboobs showed such non-resistance that only a few years afterwards, it became mandatory to submit to having nude photos taken for the privilege of travelling on a commercial flight. Obama was actually just building on the precedents of his three predecessors who also away took various Civil Liberties to fight drug wars, wars on terror, or whatever the crisis of the moment happened to be. Those policies never got any opposition either---and that's a big reason we're in this mess today.

Just like during these previous national meltdowns, there's no shortage of sharpers ready to cash in on the hoax crisis. The money's not really in masks---that's more of a symbol of conformity and control. The Big Bucks are in enforcement.
One surveillance technology of note are the use of spy drones. Collaborationist police departments have been ordering these things and the box-stores have been experimenting with them for delivery purposes to the point where Goldman-Sachs now forecasts a $100 billion market opportunity in the drone field. China's DJI Corporation is the world's largest drone manufacturer, but the Looters bribed lobbied Congress last Spring to ban use of Chinese-made drones and embargo their importation. That left a huge gap for the smart boys to get in on the ground floor. Never mind that these opportunities came through the intentional destruction of the retail market, suspension of Civil Liberties, and unfair competition.
In North America, a Canadian firm with several Chinese on its Board of Directors, called Draganfly Incorporated is poised to become one of the major players in the Surveillance Market. Their customers already include the Pentagon, the Illinois State Police, various insurance investigators and local police in the US and Canada. 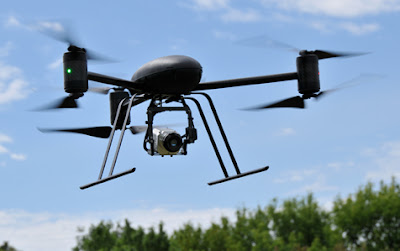 It's interesting that Draganfly really seems to have gathered a lot of  high-level attention since the COVID outbreak. Despite being a mid-to-low level player in the Stock Exchange, the company acquired Dronelogics---a Canadian competitor---in January for the bargain price of $2 million Canadian. It was a good deal for Draganfly since Dronelogics' annual revenue is around twice that much. In February, Draganfly opened an office on the campus of North Carolina State University.
“Expanding our operations to NC State’s Centennial Campus gives us an incredible strategic advantage over our competitors,” said Patrick Imbasciani, Draganfly chief operating officer. “As we scale our secure government and public safety offerings alongside our commercial solutions for agriculture, environment, energy, telecommunications, insurance and other sectors, access to the latest research and development in the application of emerging technologies such as 5G, edge computing, and new composites, shortens our learning curve and accelerates our delivery cycles to market. Incorporating talented student innovators into our operations through internships and co-op, as we programmatically engage leading faculty through research agreements and technology transfer, should be a win-win for Draganfly and NC State University.”
In March, Draganfly announced a partnership an Australian healthcare data company (nota bene) called Vital Intelligence. VI is connected with the University of South Australia. According to Draganfly CEO Cameron Chell,  "Draganfly will use its specialized drones to determine if a patient has a fever, measure heart rate, blood pressure, by using its drone's camera."
There have also been several Deep State apparatchiks suddenly attracted to working for Draganfly. From Draganfly's own press releases:
March 3rd: Julie Myers Wood joins Board of Advisors. Wood was the former head of ICE during the Bush Junior Administration. She comes from a highly politically-connected family; her uncle was a former commander of the US Joint Chiefs of Staff and her husband is a US Attorney.
March 12th: Molly Wilkinson joins Board of Advisors. Wilkinson was a bureaucrat in the Defense Department under Bush Junior and then a supervisor of government contracts with the Department of Homeland Security. After Obama came in, she worked as a corporate lawyer for Regions Bank and currently is the Vice-President for Regulatory Affairs at American Airlines.
March 27th: Andrew Card joins Board: Card was White House Counsel and US Secretary of Transportation under Bush Junior. Card is best remembered for purging Conservatives from the Bush Administration and replacing them with RINOs.
April 8th: Dr. Jack C. Chow joins Board of Advisors. Chow is a professor of "Global Health Security" at Carnegie-Mellon University. He was a former official at the World Health Organization and an HHS and State Department bureaucrat during the Bush and Obama Administrations. Interestingly, Chow also taught at the University of South Australia.
April 16th: Larry Vincent joins Board of Advisors. Vincent was a career US Navy officer. Today, he heads the US Defense Counterintelligence and Security Agency which oversees the awarding of Pentagon contracts.
June 18th: John Mitnick joins Board: Mitnick was appointed by Bush Junior as a lawyer for the Department of Homeland Security until 2007 when he became top legal counsel for Defense Contractor Raytheon. He resumed his old job at DHS in 2017, but was fired by Trump for incompetence in 2019.
July 15: John Bagocius appointed Draganfly Senior VP of Sales. According to Bagocius' resume from his former employer Aeryon (another drone manufacturer): "Prior to joining Aeryon, John spent 20 years serving the Public Safety community. Most notably, John served as the Director of Sales for Crossmatch Technologies, providing biometric solutions and identity management tools to law enforcement agencies worldwide."
The last six months of the COVID 'crisis' has also announced numerous partnerships with other tech companies. This is rather strange for a non-US based company trading at only 64 cents a share on the Stock Exchange. Yet, we have to follow a rule here: nothing attracts politicians, bureaucrats, and corporate lawyers like the scent of money. Either Draganfly is getting some cash infusion some powerful interests, or it's being set up to become a bigger cog in Corporate America's future plans. I'm guessing it's the latter, because the New Order that the Elites are planning need an experienced surveillance drone manufacturer.
The Planned-emic has been one of the greatest wealth transfers in history (and it's still ongoing). The American people had better start pulling off the masks and pulling their heads out of their butts: because the Elite of the New Order doesn't include us. 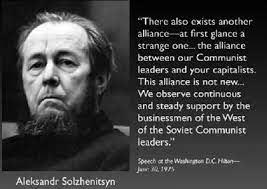