So tonight will perusing a few online articles, I across the usual fare among 'Conservative' authors of some reputation with their typical refrain. "Oh, dear. Look what that awful Biden is doing to America. Goodness me. If we don't turn things around soon {i.e., by voting in Republicans like Bruce Jenner and Tim Scott} we could soon devolve into tyranny!"

We actually are devolving into tyranny; that isn't my issue with articles like these. My issue is with their solution. Assuming that there are even going to be elections in 2022/24, let's look back from the time President Reagan left office in 1989 until today. That's 32 years---almost one 'generation' by standard reckoning.

7 of 9 current Supreme Court Justices appointed by Republicans (78%) Republican-appointed Chief Justices have held the position for the entire 32 years.

In 32 years, what do we have to show for this? Take any issue that Conservatives support: property rights, privacy rights, school choice, strengthening family and community, smaller government, pro-life, pro-2nd Amendment, medical choice; name one of these that's gotten better because Republicans were in office. Yes, Trump accomplished a lot---by Executive Order. He couldn't get Obamacare repealed, end Federal abortion funding, or Infrastructure Bills passed through a Congress controlled by his own party. The Junta has since nullified most of Trump's Executive Orders. Trump, incidentally, did revoke some previous EO's: something Bush never bothered to do for 8 years.

One of these articles had to do with the latest hot-button topic on the Right: Critical Race Theory. The author of this piece gave a hypothetical scenario (as if he couldn't find a real one) about a parent going to a public school where his daughter (it certainly couldn't be a son in this story) was in trouble with the Bureaucracy for alleged 'hate speech.' He writes:

"Far-fetched? Sadly, no. Much of this is already happening to one degree or another. Look at all these schools that conduct something called a “Privilege Walk.” This involves all students lining up and then taking steps forward or backward based on supposed privileges they have or are denied. These always include whiteness as a privilege. This divisive, racist event tells white kids that they did not earn their achievements and black kids that they were unfairly denied theirs.

"This is all based on supposed systemic racism, which is the invention of the critical race theory (CRT) so much under discussion recently. Things like the Privilege Walk and antiracism training use the concept of systemic racism to call for changes to our systems that they now demand produce equity, i.e. equality of outcome. But that ignores the fatal flaw of CRT: it takes any disparate outcome for blacks and attributes it to systemic racism and eliminates any other possibilities for the difference."

The main flaw with this statement isn't that it is untrue; it certainly is happening in our nation's public schools. The problem is that we could similar articles written by David Horowitz, Walter Williams, William Bennett, Thomas Sowell, William F. Buckley, and even Rush Limbaugh---like 25-30 years ago. I can recall reading about 'Privilege Walks' back in the 1990s.

When the Clinton Co-Presidency came to power in 1993, Hillary put her good friend Donna Shalala in charge of purging reforming public education. Clinton's Educational Policy Advisor was Johnnetta Cole---a Communist who'd actually been registered by the FBI as a foreign agent of the Cuban Government---and they all soon went to work radicalizing our school system. Variations of CRT started appearing back then.

This is one reason why I have no patience with Conservatives today who are squealing that "Whaaaaa! They're imposing Critical Race Theory! We could lose a generation of kids to these radicals! Whaaaaa!" The fact is that we've already lost one (the Millennials); we're about to lose another (Gen Z); and are on a trajectory to lose a third once today's toddlers start reaching Kindergarten age. And as far as I know to the contrary---despite 'school choice' and 'parental rights' being a Conservative position---nothing whatsoever has been done at the Federal level to rein in our out-of-control public schools since the mid-1980s.

The same author in the above piece had, in his hypothetical example, a futurist School Diversity Enforcement Officer. Every major public school district, college, and university has had positions like these for 20 years, at least. 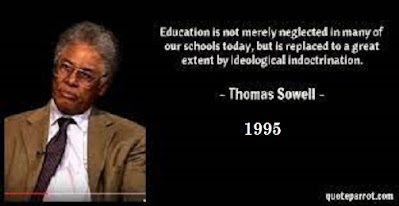 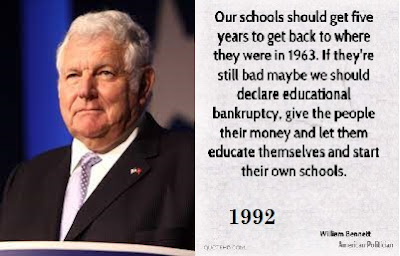 Now tell us all again that Conservatives didn't know there was a problem, and that all of this radicalization just started with Biden. It's like all of this outcry about Drag Queen Story Hour. They have been going on since 2015. That's six years that Conservatives have had to do something about it; and they've done nothing.

I'm sorry if this sounds harsh; but if Conservative parents are complaining that their kids have grown into woke Leftist semi-adults, I have no sympathy for them. Homeschooling is legal in all 50 States, and only about 3% of the population were doing it before the school lockdowns. Conservative alumni keep dumping cash into universities that they know fully well are corrupt PC hell-holes. In fact, at most local PTA and School Board meetings the ones opposing garbage like CRT and Drag Queen Story Hours aren't even parents anymore: they're typically there because they're concerned about their grandchildren.

The point here is that if Conservative parents don't care enough to take responsibility for their offsprings' education, then there's really no purpose in debating or discussing whatever nonsense they're being taught. They know that homeschooling is better; they know that there are alternatives to public education; they know that public schools at all levels are controlled by criminals, perverts, and Left-Wing fanatics, and yet they continue sending their children there. Agreed: Critical Race Theory is absurd and Drag Queen Story Hour is just sick. But if you willingly put your children into the hands of these monsters, then the consequences are your own fault.

If Conservatives are so concerned with what our kids are being indoctrinated with taught; then they need to put away the drugs and spend at least as much time actually interacting with and teaching their kids as they do cucking their spouses on hook-up sites. They need to spend more time thinking about what kinds of people their universities are granting doctoral degrees to than which of the 50 or so bowls the football team might go to next year. In other words, do something instead of spouting fake outrage. The only thing most kids are learning in Conservative homes is what a bunch of hypocrites, poseurs, and parasites the Right is made up of---and that is driving them into 'woke' Leftism even faster than the schools are doing. 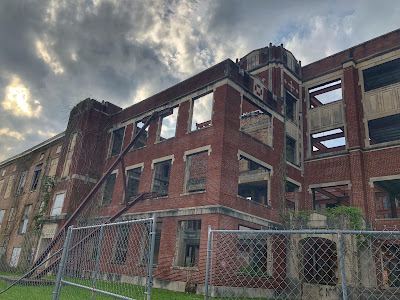