WHY OUR SIDE IS LOSING

Earlier in the week, the Regime handed down its first prison sentence in the political show-trials of the January 6th Insurrection---a name that has a distinctively Communist ring to it. What these alleged 'domestic terrorists' actually did, of course, was less than Leftist kooks did during the Kavanaugh Confirmation Hearings. And, in less 'woke' times, a march on the Capitol might be considered an understandable reaction to a putsch where a group simply declared itself winners of an election and seized power. But those were the days when American men still had self-respect, a love of freedom, and functional Testosterone levels; today, not so much.

In the past 8 months, the Conservative faction in American politics has done about this what it usually does: sit on the sidelines and do nothing while the Left tramples Human Rights into the ground. Yes, there has been a lot of talking---not though to the people who could actually do anything about it. I mean, a delegation of Republican Congressmen and Senators could meet with the Junta and try to secure their release. They could hold down critical legislation until the issue is addressed. They could even demand that the Supreme Court intervene: in fact, governors of States where these prisoners reside could do the same thing. Another thing they could do---which might even get some bipartisan support---is to repeal the Patriot Act and other Bush Administration laws that made things like charging Americans as domestic terrorists or enemy combatants and restricting due process for those so accused possible.

Yes, the Party of Principle, the Defenders of the Constitution, could do those things and maybe even have other options which their crack legal teams could devise. But they prefer instead to fight the good fight on social media. 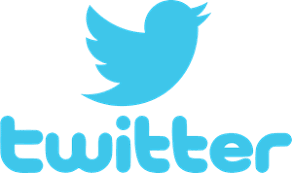 One of those online bastions of Conservative thought had an article this morning about the newest standout females stepping in and taking charge: Marjorie Taylor Greene. (We should point out for non-American readers that, while Conservatives talk about traditional gender roles, the same Oedipal Complexes and Sexual Masochism so prevalent among our male population today afflicts the political Right as much as the Left. Males of both sides really prefer submission to a powerful mother-figure over the hard work and integrity it took to be an old-fashioned Statesman).

At any rate, the Congresswoman seemed less bothered by the treatment of American citizens than by the fact that the Junta is disproportionately targeting people on the political Right.

"8 months in prison for walking in the Capitol & taking a selfie in the senate? Did he assault anyone, steal anything, or cause damage to the Capitol? BLM rioters were let off their charges in NY & other states. During covid lockdowns, CA let murderers & rapists out of jail."

What do the cases of the BLM in New York or prison releases in California have to do with the January 6th case? Nothing. Is she arguing that 8 months would have been acceptable if others got longer sentences? Anyway, she goes on:

"The stories coming out seem to be political targeting designed for intimidation. Has there been an investigation into the BLM rioters who were bailed out from Kamala & Ilhan sharing the Minnesota Freedom Fund bail bond fundraising links? And their friends, family, & followers?"

Well, no kidding! This is how Revolutionaries behave, in case nobody's noticed. This is a great example of why nobody takes Conservatives seriously. We have a massive Human Rights violation ongoing and the best that our leadership can come up with is "your side riots too and doesn't get punished."

The bottom line here is that American citizens should not be getting thrown into dungeons, held indefinitely without bail or charges, subject to torture and brutal prison conditions regardless of what they are accused of doing. This entire case probably violates at least a dozen Constitutional provisions and Amendments, and that should be the issue. 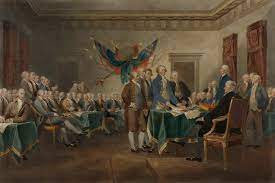 Our Founding Fathers came out of a political system where these kinds of 'legal proceedings' were normative. Being accused of a crime was considered something like a personal insult to their Royal Majesties and treated accordingly. This January 6th Case is of the same stripe: the Elites, their toadies in the Media, and their hired judges and prosecutors are all simply butthurt because a few people thumbed their noses at their authority and now they want revenge: to make examples of them.

Dinesh D'Souza, another renown Conservative thinker chimed in on the discussion: “The sentencing of Paul Hodgkins is a window into the face of American injustice. The problem isn’t just the Biden DOJ; it’s also Obama appointed judges willing to destroy the lives of working-class people solely for being Trump supporters." It happens awkwardly enough for D'Souza, however, that so far the only person charged in connection with January 6th was released from custody on bail by an Obama-appointed judge.

None of this was even legal in the United States until October of 2001. Actually I suspect that this is a major reason for such a milquetoast reaction from the Right: they would have to own up to the fact that Senate RINOs under Clinton and an entirely Republican Administration under Bush set every legal precedent for nearly all of the crimes that the Junta has gotten away with and more that they tend to commit.

These injustices aren't going to go away because the Right puts its heads in the sand; and public support for the Right is going to keep dwindling until they stand up and face the facts. The Republicans have to admit responsibility and take action to correct their mistakes because their obfuscations aren't fooling anybody. Something else that Republican leaders may wish to consider is that once the Regime has finished sacrificing the January 6th 'rioters', it's unlikely that their bloodlust is going to be satisfied; they'll soon be seeking other Right-Wing extremists to hunt down.