In the latest of many hysterical meltdowns plaguing the Anglosphere, churches are being burned down all over Canada this week. The pretext for all of this outrage is that some unmarked graves were found near some old Catholic schools and orphanages. Of course, it's just a coincidence that Canada has been arresting pastors and aggressively locking down churches under the Scam-demic pretext. But as all the experts agree, nobody in positions of power would ever think of engaging in a conspiracy to suppress religious freedom, right? The New Normal in the English-speaking world is to deny or disbelieve that conspiracies actually exist: unless it's been politically approved to call it one.

Throughout American History, unscrupulous money-men and wily fanatics have banded together on occasion and laid plots to seize all or part of the United States and revolutionize our culture. The War of 1812, the Rebellion of 1861, and the Second World War came close to taking us out; but it wasn't until this year that a gang of scum actually succeeded. Even though this disaster has been brewing for a long time, its apparent suddenness and lack of any resistance shocked a lot of us on the Right. Quite a number on the Right are even yet in denial that a Revolution has even taken place.

The Canadian church-burnings are part of a deliberate plan to exterminate traditional religion in the West. Destroying religion is part of a larger plan; but it illustrates the type of orchestration involved. Around 1961, the media began coverage of a few edgy theologians preaching Radical Theology, the origin of today's Churchianity. By 1966, Time Magazine was stirring up controversy with a provocative cover announcing "the death of God." By the 1970s and 1980s, traditional religion was lampooned everywhere and the label Fundamentalist freely applied. Throughout the next two decades, the Corporate Media began identifying Christianity with cults and highly exaggerated allegations of 'systemic abuse.' The 2010's saw increasing withdrawals of religious protections and religious rights; especially the Right of Conscience. The last two years, churches are being burned, ordered locked-down, pastors and priests jailed, and religious monuments desecrated---all with the tacit approval or complicity of the authorities.

Now in 1961, 96% of Americans identified as Christians; as recently as 1991, Christian leaders had a strong political influence with groups like the Moral Majority. We're essentially talking here about moving from a time where Christianity was the overwhelmingly dominant social philosophy to socially normative persecution of Christians in less than two generations. That this is the result of an orchestrated propaganda effort ought to be obvious. But sadly, it isn't. 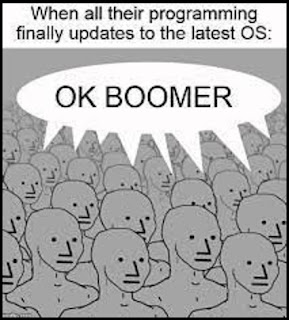 During the last weekend, I was able to obtain the abstract of study from Eastern Europe---published in 2014 but since suppressed---which detailed how organized propaganda systems worked under Communism and how they've been perfected since. Even though political regimes have been studying propaganda techniques since World War I and Western advertising have been since the 1920s, it's totally inconceivable to the average Ameroboob that any well-financed collection of Elites might plot a hostile takeover of the country and employ propaganda to do it. In the 1950s and 60s many intellectuals, statesmen, and journalists were warning that these kinds of plans were being discussed among a few practical and intelligent men who had nothing but contempt for Democracy and felt like the world could be better run by an Elite who were all above all of these mundane concerns. What we call today the Deep State---and now the ruling Junta---grew out of these think-tanks, non-profits, policy institutes, etc.

Citizens of the English-speaking world have been so programmed to dismiss casually any Conspiracy Theory that today the Elites openly admit what their intentions are and nobody believes that they really are doing it. To those who still employ critical thinking skills, this appears to be mass-insanity; but it is the result of specialists who've skilfully conditioned them to think in simplistic and even contradictory ways. The abstract cited above notes that: "The act of disseminating propaganda is always a premeditated act...The propagandistic production involves financial and intellectual efforts of a higher magnitude than in advertising, persuasion or even mass-hysteria."

This study was conducted in Romania; which despite being one of the most brutally repressive of the Iron Curtain satraps was admired by the American Deep State. The Regime there developed highly sophisticated techniques which were a synthesis of their experience under Nazi Occupation, the Soviet Union's propaganda machinery, and the studies of Western academics and advertisers. It cites the basis of their system on a diagram produced by former Soviet psychologist Sergei Chakotin. 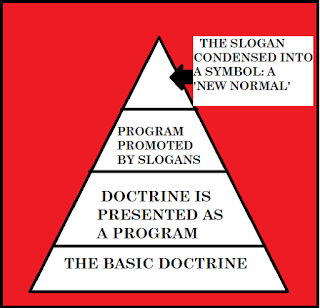 We'll have more to say presently about how this abominable diagram is put into actual practice; but the discerning eye gets the general idea. In this form, it is in relation to the masses. Among the Elites, the Basic Doctrine is the most important aspect. Another contemporary example can be seen in the promotion of homosexual 'equality.' The Basic Doctrine is forced public acceptance and approval of homosexuality. The propagandists reframed the narrative by making the Doctrine acceptable as a Civil Rights issue (nota bene: their earlier tactic of playing the Victim Card via the so-called 'AIDS Epidemic' failed and was purposely never mentioned in the 2014-15 Campaign). Once the program had gained some currency and was being debated; the slogans were trotted out: "pride" "inclusion" "you can't help who you love," etc. Finally the symbol of the Rainbow was adopted as a sigil so that today anyone who sees it knows what it means. The purpose of the symbol is literally to bypass critical thinking and incorporate the whole ideology in the lowest common denominator of a picture.

The principle itself is well-known to advertisers. In some parts of the U.S., Coke is a synonym for any soft-drink. An attractive girl is said to have "a Peposdent smile." Crisco can be any brand of vegetable shortening or oil; 'Corn Flakes' denotes breakfast cereal. In our former political system, a donkey or an elephant stood for a political party which was identifiable. There's nothing especially dangerous in such things; but it becomes a real threat to a society when people identify symbols with an ideology over which they had no especial control.

"The propagandist process is scientifically based on the Pavlovian principle of the Conditioned Reflex," Chatokin explains, "The driving force involved here is suggestion. Suggestion, according to Pavlov, exists in the same psychological realm as hypnosis or the dream-state in sleep. Thus an order given in this context is of guaranteed efficiency. The propaganda process therefore focuses on suggestion and its promotion and dissemination among the masses." We saw a perfect example of this program in action with the Revolution's promotion of George Floyd as a martyr. Notice the public reaction to some allegedly 'racist' incident and Pavlov's experiment's with dogs comes immediately to mind.

We make a major mistake in assuming that these 'woke' activists are acting upon any reasoned principle. They are acting more like someone under hypnotic suggestion whom certain symbols and slogans is like waving a red flag in front of a bull. One of the few really accurate descriptions in our postmodern vocabulary is the term triggering, because that is exactly what happens.

Chatokin describes the desirability of reducing ideals to symbols and notes that "the more suggestive the symbol is, the better it sends the idea or action in the direction of the Basic Doctrine; and the more emotionally-driven it is, the better suited it is to the results which the propagandist desires...In order to propagate the Doctrine, it is not necessary that we rely upon detailed expositions, reasoned arguments, or even direct action based on commitment to an ideal. Instead, we rely upon simple information; meaning here, upon symbols and slogans. The actions of propaganda promotes a Doctrine through a program based upon slogans and symbols."

It would seem that those conspiracy kooks who see hidden meanings in various symbols aren't so far off the mark after all. Their interpretations might be mistaken sometimes, but their reasoning is quite sound. Symbols---in whatever sense---are making a subconscious statement. In a sane society, we see this reflected on a personal level; it becomes dangerous when symbols are weaponized and used as means of control over masses of people. In an upcoming installment we'll have more to say about how and why people succumb to it. 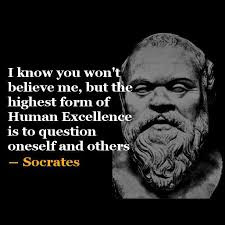