A few years ago, we started (a now closed) site that was directed at creating a resource to guide American men. It's been painfully apparent for the last decade at least that the United States is suffering a crisis of Masculinity. Nationally, we seem to have run out of it, and can't even seem to be able to define it anymore. That's one of the reasons why the blog ended up closing; not because it wasn't getting readers, but because it wasn't meeting its purpose. Most of its readers were men who already were in sync with its message, and while they probably picked up some self-improvement tips and were entertained by the stories, it became apparent that we were simply talking over most younger guys' heads. It really became noticeable when Jordan Peterson's 12 Rules for Life came out. When you have a huge percentage of men who think that being told to stand up straight and make their beds every morning are life-changing revelations,---and even have these debated by a lot of other men---then obviously writing articles about building leadership skills and complimentarian relationships was bound not to gain any traction.

The sad state of our men was brought home again today when I had occasion to revisit a (then) cold-case that had piqued my interest. It happened a little over two years ago. The police have zero interest in investigating it any further, which is probably understandable since the deceased has since been identified and there's nothing but circumstantial evidence of foul play. To summarize what happened, in the Summer before the Scamdemic and Color Revolution broke out, a hiker was going up a trial in the 'Enchanted Forest' in Altadena, California. The park of this name was formerly the rancho of a lumber company executive named Charles Cobb. The estate fell into foreclosure later, and in 1971 (back in the day when Americans cared more about community than turning a fast buck), money was raised to turn the land into a park. 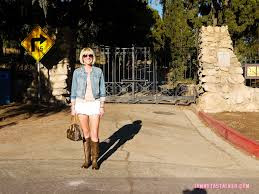 At any rate, this hiker noticed the unmistakable smell of something dead and, upon investigating further, found a tent in the underbrush with a dead body inside. The police determined that she was a woman at least 55 years old and had been dead around five months. This was July, 2019.

This may sound like a relatively routine police case, except that almost five months to the day earlier, a Youtube video got posted which seemed to throw a different aspect on the case. A group of four Millennial idiots who host a really stupid monetized channel with over 5 million subscribers decided to film a night-time trek through the Enchanted Forest, hoping to document alleged cult activity going on there. I'm posting the link to their video, with the caveat that it is excruciatingly painful---on many different levels---to watch. If I had sons like any of these guys, I'd seriously contemplate suicide: it's that bad.

So these four fellows had gone only a short distance down the trail when they heard a woman crying out for help. And they did what any average American man would do these days: they turned tail and ran. Even though they made sure they had the cameras rolling for good content, it didn't even dawn on them to call the police.

Eventually, when they felt it safe to return, they slinked back and found some of what women call 'accessories' strewn about; and I might add here that they were of the type a woman approaching her golden years would have worn as opposed to a school-age girl (the woman found dead in the tent was 68 years old). And it's notable also that the Coroner's Report listed the cause of death as what we non-medical people refer to as a heart attack; something that easily could have been brought on by a group of attackers in a woman of that age with those pre-existing conditions. In other words, the poltroonery of these four men very well might have allowed a fatality which could have been prevented.

All of this would have been bad enough, but the producers of this video didn't even have enough shame not to post it. It's gotten over 8 million views since 2019 and controversy around it still goes on. As far as I know, the producers have never issued an apology or expressed remorse in any way to the woman's family; or even acknowledged her existence.

We hear a lot about toxic masculinity these days, but this is a specimen of what vastated Manhood really looks like. In the village I grew up in, these guys would have been run out of town for something like this. Granted, they may have staged the video and just coincidentally a corpse was found in the area later on that matched the circumstances they portrayed. It's possible---we don't know all the facts. But it doesn't the fact that their conduct---real or staged---was a disgrace to men everywhere. There were four of them who could have intervened, but chose instead not to get involved and save their own skins. And why call the police when you can get exclusive footage of someone dying and cash in on it?

Masculinity is not toxic because there's anything inherently wrong with men; it's been poisoned and made toxic by dysfunctional families, corrupt schools, a degenerate media, and a venal Government-Corporate Complex. We've managed to raise a generation of boys who seem to have lost the instinct to preserve and protect. In fact, the last 18 months or so seem to indicate that they've lost their instinct for self-defense as well. There's a very good chance that we won't recover anytime soon.

The majority of comments on these videos bear this out. Most are indifferent to what went on; some were critical but outnumbered by these schmucks' defenders. The linked video was 'liked' 244,000 to 3,000.

"People use girls screams to lure innocent people in and kill them. If they all went over to check what was happening they could've gotten killed!"

"The amount of people who think they should bring a weapon to protect themselves."👇

"Why hate on someone for that? i would've been scared out of my mind and would've ran for my life too."

"If you would call 911 you would just get more attention pulled towards you then the Satan people would be mad at you and start trying to kill you too!"

"Why would someone hate on them for leaving? They were chased by a freaking killer cult! I would leave too!"

You must be a Trump supporter or something. You can tell the screaming was a prank or was to lure them in because no killer would let their victim scream. So when you call the police all they're gonna find is nothing. Again you'll be wasting their time."

There we have it: the Ameroboob in all his glory. Not a thought about a fellow-human being in trouble. It's all "what's in it for me?" "I got mine, that's their tough luck!" "Blow your ideals, the thing to do is survive!" such is the spirit of the New America. That's why the Great Reset scum are running the table right now. Americans don't care if the Elites take the whole pie just as long as I get my slice!

Our culture has failed our men; and failed them radically. Some tried to warn that we were headed in this direction. Now we're here. We need real men and we don't have them.