So, with some RINO support, the Whacko Left Wing in the Rump Congress has passed a couple of new gun-control bills. There have been a couple of mass-shootings this week, too. Some think these are 'false flags' to help promote the passage of these kinds of laws. Actually, what really happens is that the Corporate Media chooses to give coverage to certain incidents when anti-gun legislation comes up. In some U.S. cities, mass-shootings happen fairly frequently, but the Media ignores them to talk about sex 'scandals', fanning Scam-demic hysteria, etc. As bad as these things are, no U.S. cities even rank in the Top Ten 10 worldwide for gun-related deaths, according to the United Nations' own numbers. But Ameroboobs today aren't especially interested in facts. It's all about getting outraged and taking action for the sake of taking action; that's how most 'public policy' is conducted anymore.

The nominal American Head of State even jumped on the bandwagon today, demanding that the Senate pass the House Bills. It will likely happen with or without Biden's screeching. The actual rulers of the United States favor it. The new Bills put some further restrictions on firearms purchases (by the general public)---and like most of the legislation preceding it---is aimed at eventually banning private firearm ownership. None of it will stop any of the global arms-trafficking that the Elites engage in, however.

Now, my own opinions on gun control laws are well-known. I am categorically opposed to them. The way to stop gun violence in America is to stop proliferating drugs, take known nutcases off the streets, and execute swift and sure justice for those who commit aggression with firearms or other weapons. That is all the 'gun control' we need: that is, controlling the whackos who abuse their freedoms. 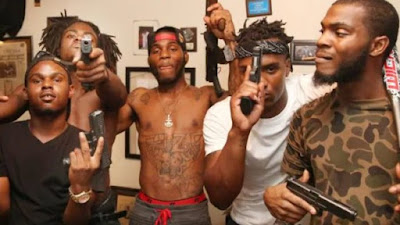 Of course, what our country should do and what it will do are two entirely different things. Most likely, we're closer to outright gun confiscation than most of us realize. The pro-2nd Amendment groups and politicians vow that it will never happen. But the reality is that there is absolutely no popular will to prevent it. If the events of the past 12-15 months have taught us anything, it's that the majority of Americans---the American Right included---are a collection of losers, cowards, and fools. We are literally living in the weakest, most morally bankrupt, and most ignorant generation that America has ever produced.

Nonetheless there's a chorus from the American Right to the effect that taking our guns will touch off a second Civil War or next American Revolution, or something.

Well, the Government also has no right to restrict gun sales through the mail, or to require background checks or registrations, or to prohibit manufacturing or modifying guns, or to limit magazine capacity a gun-owner can have, or to establish gun-free zones, or to prohibit private sales/transfers of guns---nobody resisted any of these things, and now they are 'laws.' If there's one thing for certain these days: it's that the Left hasn't the least fear of any 'lines in the sand' that Conservatives boast about having. And there's no reason why they should.

In 2020 alone, the Left assumed dictatorial powers in several states and forcibly shut down thousands of legal businesses. They opened jails and turned violent thugs loose on cities while disbanding police forces and prosecuting anyone who acted in self-defense. They mandated a national dress code, forcing us to cover our faces like Islamic women have to do. They orchestrated the greatest wealth-transfer in human history. They blatantly stole a national election, along with a myriad of state and local races. In fact, over the last 30 years or so, they've run over the Right with zero resistance. If they want to take our guns, who's going to stop them?

It's not like 2020 was unprecedented either. The Left---with plenty of RINO complicity---purged our schools and universities; imposed Political Correctness and Cancel culture; outsourced our jobs to China; practically nullified any Privacy Rights we once had (along with most Property Rights); shoved homo 'equality' down our throats; and the Conservatives have done exactly what about it? Does anybody seriously believe that the 2nd Amendment is going to stop the Elites from violating it at will? They disregard every other part of the Bill of Rights with impunity.

Everything just mentioned in the preceding three paragraphs could have been stopped if Conservatives pressured local leaders not to enforce them. And some of us did try to warn people, but Conservative response was predictable... 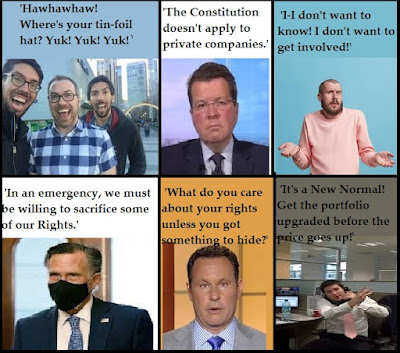 It's not going to be any different when the gun-grab ultimately comes. So it's obvious that stocking up on guns and ammo is not going to help much unless you have a very low profile. A better option would be to read up on gunsmith skills and stock up on tools like reloading equipment and accessories. Network with others who have the same abilities. That way, we can keep the Gun Culture alive even if the Elites go as far as confiscation (which they fully intend to do).

Above all, don't delude yourself into thinking that it can't happen here. It can, and it likely will. Get to know people of like minds, and keep a close eye on the attitudes of local authorities (i.e., their willingness to look the other way). Make common sense preparations. Like it or not, we're in a position where we are being driven further and further underground and that is not liable to change any time soon.