THE CHAUVIN SHOW TRIAL AND THE MYTH OF SYSTEMIC RACISM

This week, the Junta launched the much-publicized Show Trial for former Minneapolis police officer Derek Chauvin, falsely accused of murdering a Black thug in his custody. The thug was later determined to have died of an opiate overdose and Chauvin cleared by a review-board, but the Putschists shopped the case around to medical examiners who could be had for a price.

Show Trials and Kangaroo-Courts always follow in the wake of a revolution. The Regime right now is trying to set up a narrative of so-called Systemic Racism and alleged threats of 'White Supremacy' to justify further consolidation of its power. First was a failed attempt to put the legitimate President on trial. Coming up shortly is the mass-trial of over 400 'rioters' who protested in Washington, D.C. on January 6th. The purpose of these farces is strictly propaganda. They are conducted to give an illusion of legality and legitimacy to the Regime's policies to those who support it; while striking terror in others who realize what it is and may be inclined to resist it. 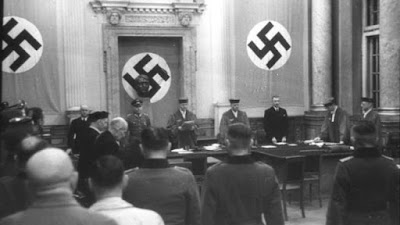 The unthinking American public has, by and large, already been desensitized to sham trials and acts of legal injustice. The Corporate Media for the last several years have made the U.S. Legal System almost a genre in their 'Infotainment' journalism. It's always noteworthy that lawyers and judges are, these days, always portrayed as great heroes. In real life, of course, most of them are barely one step away from a jail cell themselves.

So-called systemic racism---and the supposed need to eradicate it---is great camouflage to cover much of the Junta's activities. 'Systemic Racism' is really the sociological equivalent of the Scam-demic. No one can define it---nor even prove its existence---but Ameroboobs are conditioned to fear it and fly into panic if it is even mentioned in their presence. White Supremacists themselves occupy only a miniscule collection of kooks in the 'Red Pilled' corner of the Internet; but MSM promotion and sensationalism has America convinced that a White Supremacist lurks behind every blade of grass; ready to whip out that assault weapon and mow down entire shopping malls. How a nation managed to elect a Black President for two terms and still be systemically racist, nobody seems to want to ask. 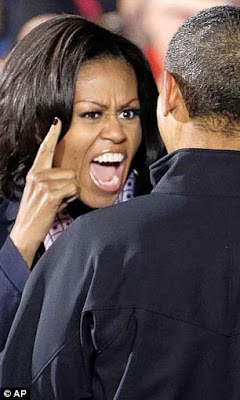 In reality, President Trump actually did much good for minorities. Like the rest of America, minorities mostly sold him out in the end. Trump initiated infrastructure projects on Indian Reservations, strengthened the Tribal Police to fight out-of-control crime, enforced Treaty Rights on Indian-claimed land. The Indians not only never protested the Election Fraud, they actively participated in it. The Trump Administration expanded science education in primarily Black communities---a problem that the Left ignored for decades. Trump campaigned openly in Black churches; he led initiatives to suppress gang activity in the inner cities and Black unemployment was at its lowest levels ever before 2020. The Black Community not only didn't protest the Election, they spent the Summer of 2020 burning down entire city blocks, threatening the White House, effacing national monuments, forcing White people to kneel to them, etc.

The Trump Administration launched initiatives in Hispanic communities to put down violent gangs like MS-13. Hispanic employment rates soared. Trump blocked the Soros-backed migrant caravans---people who had been kicked out of every part of Latin America---from entering. Not a peep from Hispanic leaders about the Election Fraud. Asian and Pacific Islanders? Trump expanded infrastructure spending throughout Hawaii and the Pacific Territories. He forced Corporate America to stop polluting the islands and pay restitution for the years they'd been exploiting the people and resources. The result? Hawaii voted 63% for the Junta and the territorial referendums had about the same margins. Trump was said to be the most pro-Israel President ever; one of his first acts was to intervene personally in stopping a wave of anti-Semitic crimes. Jews supported the Junta by about a 2 to 1 margin.

Who says that minorities can't assimilate? They have successfully adopted American attitudes like pusillanimity, opportunism, ingratitude, and a proclivity to panic at the drop of a hat. 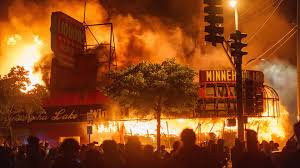 What's especially sad about this is that minorities had real power at their fingertip and blew it. If any of them had mobilized and come out in support of Trump, the Putsch would have collapsed. It would have exposed the whole 'narrative' of Systemic Racism for the lie that it really is. But no; it was Orange Man Bad and Let's Go Get Whitey---all for a few handouts and a chance to sate their envy and revenge on the White man who isn't---and never was---their enemy. Now, they are under the same yoke of an evil oligarchy who makes no secret of its hatred for humanity in general. Whites are the target---for now. Let's not forget that these Elites don't have an especially sterling track record in their policies towards Blacks, or towards other minorities either. Minorities are simply there to be used---like tools---to advance the Oligarchy's agenda. Descendants of today's minorities (assuming there are any) will look back upon this disgraceful chapter in human history with shame.