THE DOWNFALL OF ALEX JONES

Infowars, the media empire built around the colorful Alex Jones collapsed and collapsed hard today. Apple, Facebook, Youtube, and Sportify more or less simultaneously wiped Jones & Company from their respective services. Twitter is under a lot of pressure to follow suit. Jones has been in trouble for some time; in March over half of his Youtube advertisers quit on him.

I first heard of Alex Jones when he was interviewed by the late Art Bell sometime back in the 1990's. Jones was telling a story of infiltrating Bohemian Grove. Based on what I remember of Skull and Bones fraternities from college, the story sounded plausible. And it was an exciting story: immodestly, I'll admit, sneaking into Bohemian Grove sounded like something I would liked to have done.

Afterwards, I read Infowars fairly regularly. Jones was always impressive in the actual research he did. He cited publicly verifiable sources and questioned things that the Clinton and Bush gangs were doing. But things began to change as Jones' popularity soared. His stories became more and more improbable and based less and less in actual fact. I think I quit listening to him a decade or so ago. His stories were not only becoming dubious; he was picking up some very shady advertisers as well.

Jones really last crossed our radar screens here with his absurd claims about the Sandy Hook School Massacre. According to Jones, the shooting was a false flag; ostensibly to push for gun control and a police state. Neither of those things actually happened because of Sandy Hook, but Jones has made it his cause celebre. Probably more than anybody else, Jones has been pushing the Sandy Hook Hoax Theory, resulting in a pending lawsuit.

Jones and his wife divorced in 2015, and comments from his own attorney hasn't helped his credibility in the least:


"At a recent pretrial hearing, attorney Randall Wilhite told state District Judge Orlinda Naranjo that using his client Alex Jones’ on-air Infowars persona to evaluate Alex Jones as a father would be like judging Jack Nicholson in a custody dispute based on his performance as the Joker in “Batman.”
“He’s playing a character,” Wilhite said of Jones. “He is a performance artist.”
Jones' ex-wife disputes this, claiming that Jones is a violent maniac. Either way, it's difficult to take him seriously. Fanatic or fraud, Jones lost his focus a long time ago. It's sad in a way, because Jones' career really had a promising start. But fame and fortune went to his head. It's rather reminiscent of what St. Paul said to his disciple, St. Timothy about the love of money being the root of many evils.

Despite what the tech companies say, Jones' multiple bans likely were related to the legal liabilities that he was incurring. A 1989 US Supreme Court Case ruled:

"This case refined the actual malice standard. Daniel Connaughton, a candidate for an Ohio judgeship had some members of his office investigated by a grand jury. One of the witnesses testifying in the case offered a quote to the Journal-News referring to "dirty tricks" that Connaughton allegedly practiced. He sued the newspaper and won. The Supreme Court determined that the newspaper did not pursue the truth with due diligence. It's worth going over what the Supreme Court determined was "actual malice."
According to the Court:
1. The paper relied on a questionable source.
2. It did not seek out other, more reliable sources.
3. It ignored taped evidence to the contrary.
4. It ignored Connaughton's statements to the contrary.
5. It ignored the probability of questionable facts.
6. It published an editorial that seemed to indicate prejudice, as it contained opinions that were harbingers of conclusions reached in the news article.
7. The newspaper's management and its reporters gave differing accounts of assignments concerning the story."

Jones is, by these standards, in for a real legal beating over his treatment of Sandy Hook; and Apple and the others likely didn't want to find themselves in the same boat as the Journal-News in the 1989 case.

Even before the US became independent, the 1734 Zenger Case established the precedent upon which our 1st Amendment is based: "The truth is an absolute defense against libel charges." It's always better to go with the truth, no matter how lucrative falsehood might be. 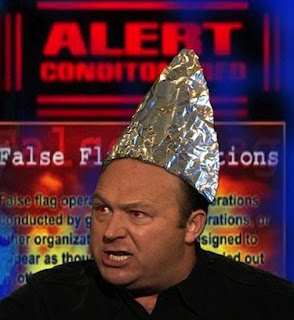